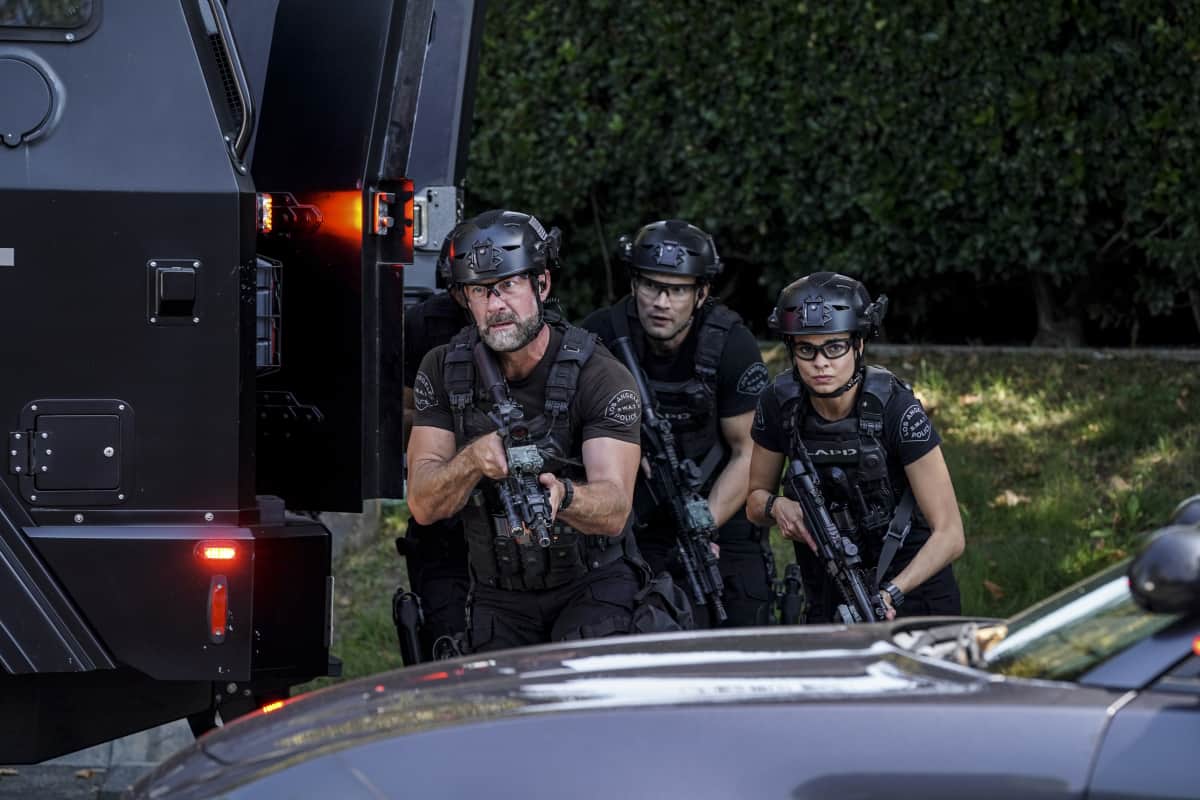 SWAT Season 5 Episode 6 Photos Crisis Actor – When armed gunmen storm the set of a controversial cable news show that promotes conspiracy theories, the team races to prevent a hostage situation from escalating on live TV. Also, Chris supports Street as he prepares for his mother’s funeral, on the CBS Original series S.W.A.T., Friday, Nov. 12 (8:00-9:00 PM, ET/PT) on the CBS Television Network, and available to stream live and on demand on Paramount+. s05e06 5×06 5.06 s5e6