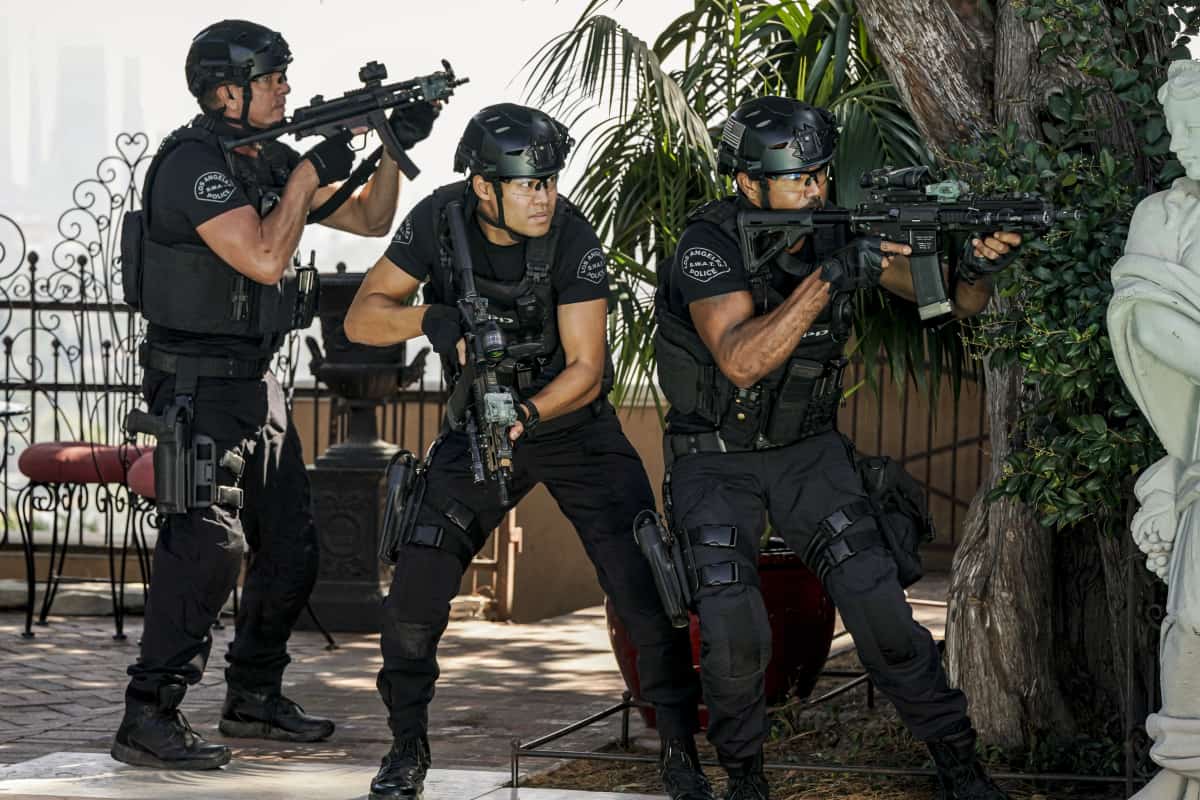 SWAT Season 5 Episode 5 Photos West Coast Offense – When the team responds to a home invasion call, they uncover a murderous plot against a famous pro football quarterback. Also, Hicks gets a long-awaited lead on a Jane Doe case he worked 20 years ago, on the CBS Original series S.W.A.T., Friday, Nov. 5 (8:00-9:00 PM, ET/PT) on the CBS Television Network, and available to stream live and on demand on Paramount+. s05e05 5×05 5.05 s5e5