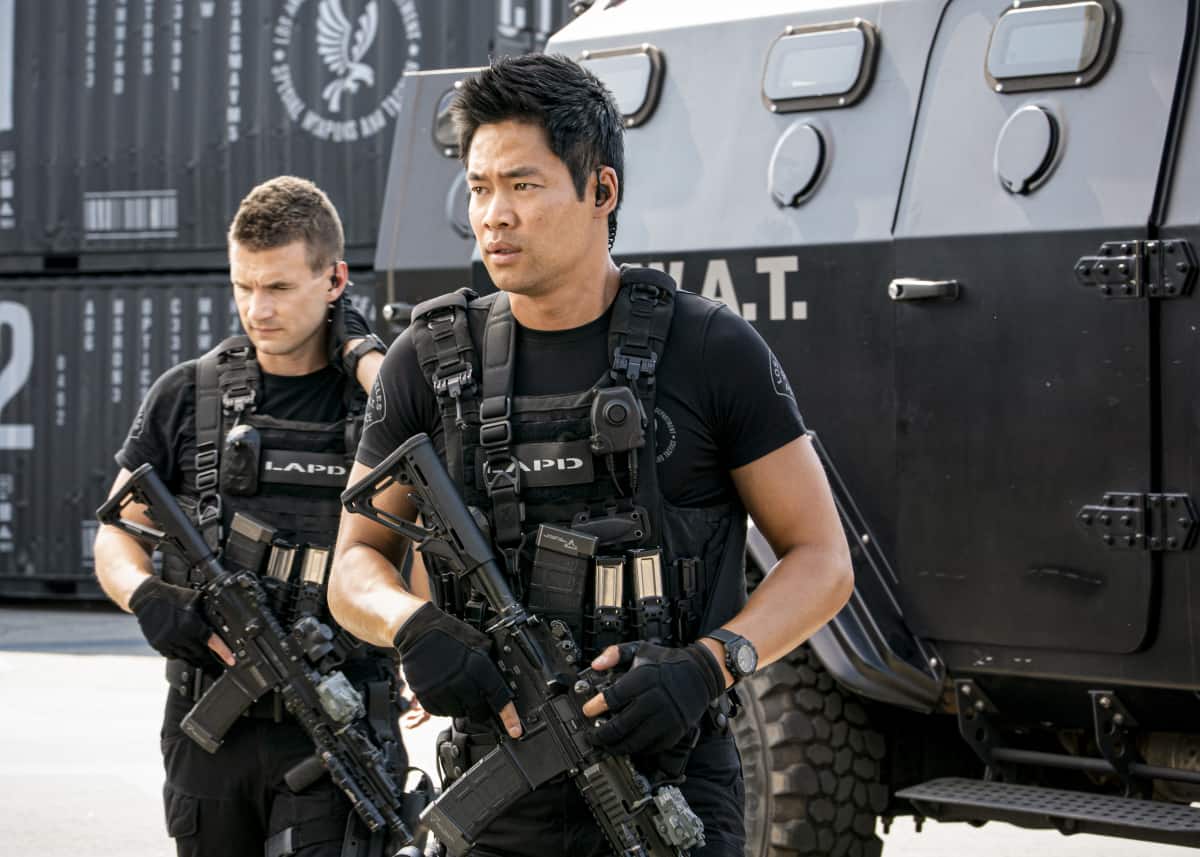 SWAT Season 5 Episode 3 Photos 27 David – When a robbery crew holds up the iconic downtown Los Angeles library, the team discovers that stolen architectural drawings could lead to a major threat against the city. Also, the squad is surprised by the arrival of a new leader, longtime LAPD veteran and former S.W.A.T. member Rodrigo Sanchez (David DeSantos), on the CBS Original series S.W.A.T., Friday, Oct. 15 (8:00-9:00 PM, ET/PT) on the CBS Television Network, and available to stream live and on demand on Paramount+. s05e03 5×03 5.03 s5e3