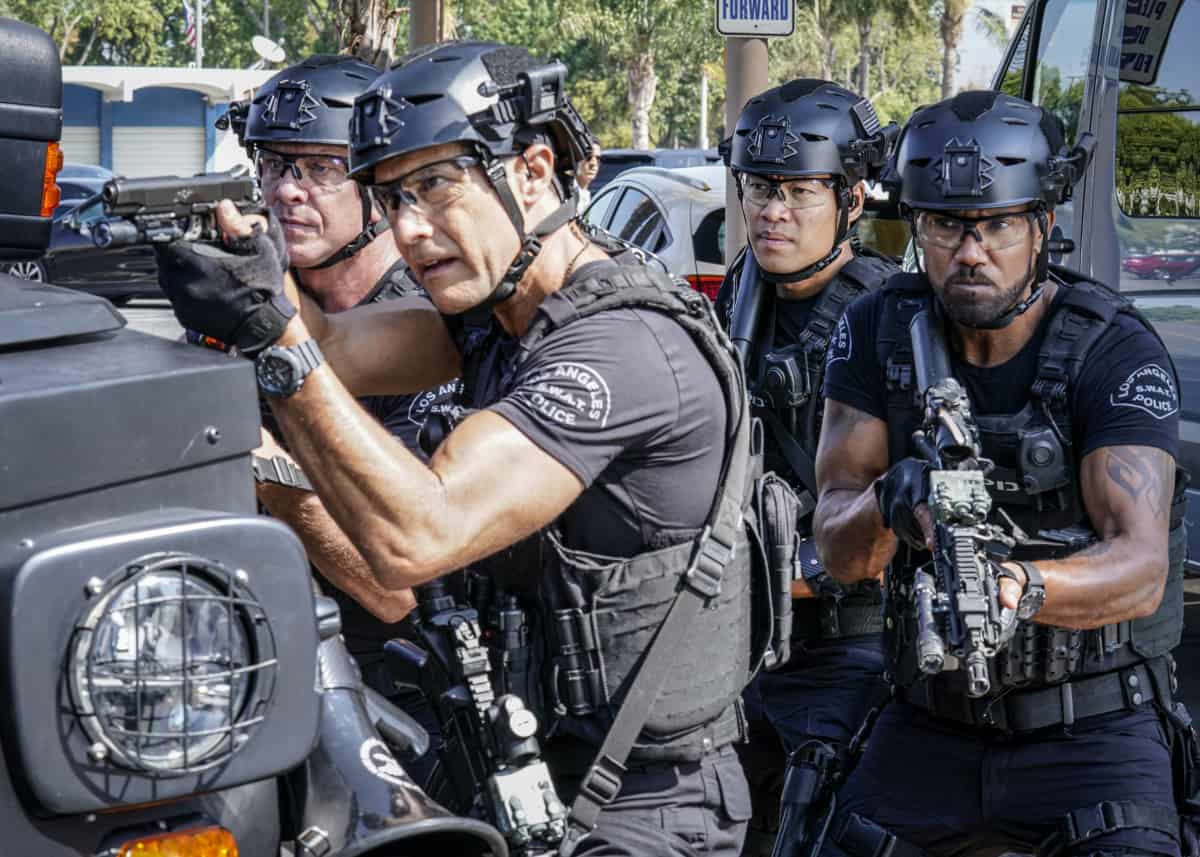 SWAT Season 5 Episode 4 Photos Sentinel – As the team races to stop a violent band of armed robbers, the search is complicated by civilians using a public safety app that encourages vigilantism. Also, Street receives difficult news that alters his future, on the CBS Original series S.W.A.T., Friday, Oct. 22 (8:00-9:00 PM, ET/PT) on the CBS Television Network, and available to stream live and on demand on Paramount+. s05e04 5×04 5.04 s5e4