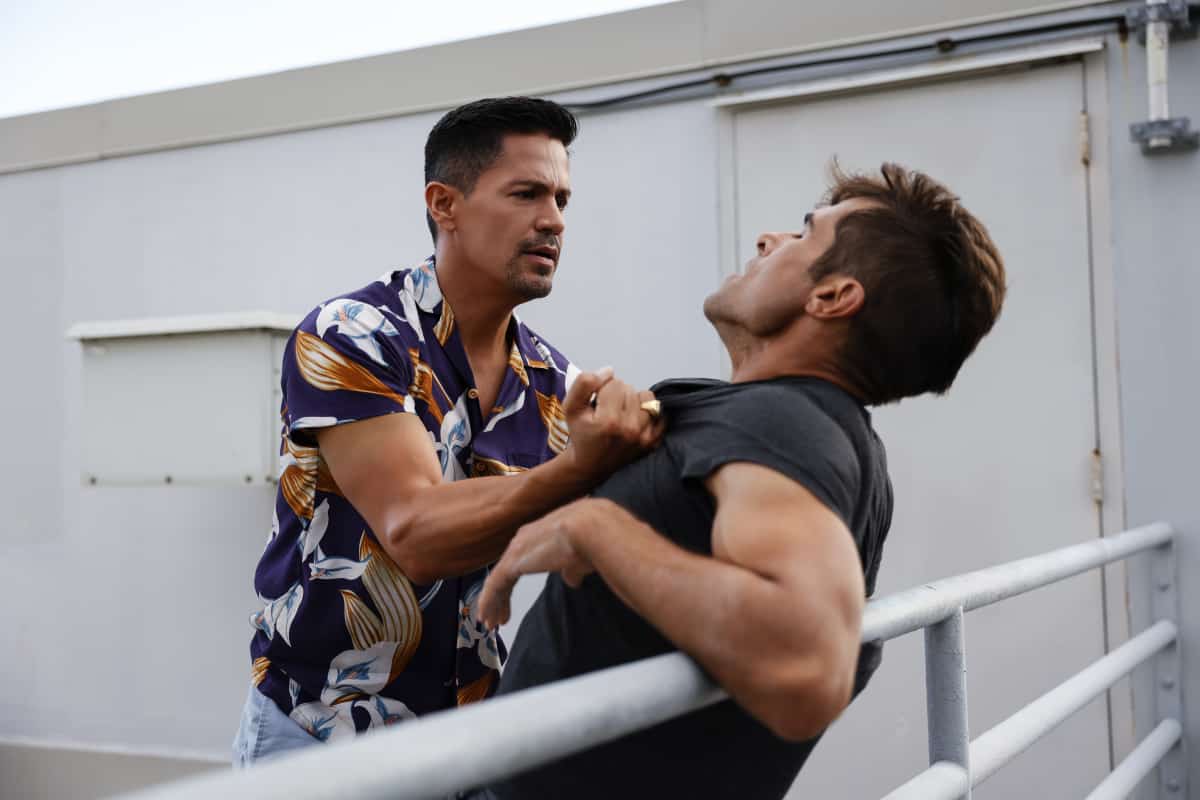 MAGNUM P.I. Season 4 Episode 6 Photos Devil On The Doorstep – A journalist hires Magnum to track down his anonymous source after they mysteriously go dark, and Higgins receives a new assignment from MI-6. Also, Rick’s old friend comes to the island, but TC is suspicious of his motives, on the CBS Original series MAGNUM P.I., Friday, Nov. 12 (9:00-10:00 PM, ET/PT) on the CBS Television Network, and available to stream live and on demand on Paramount+. s04e06 4×06 4.06 s4e6