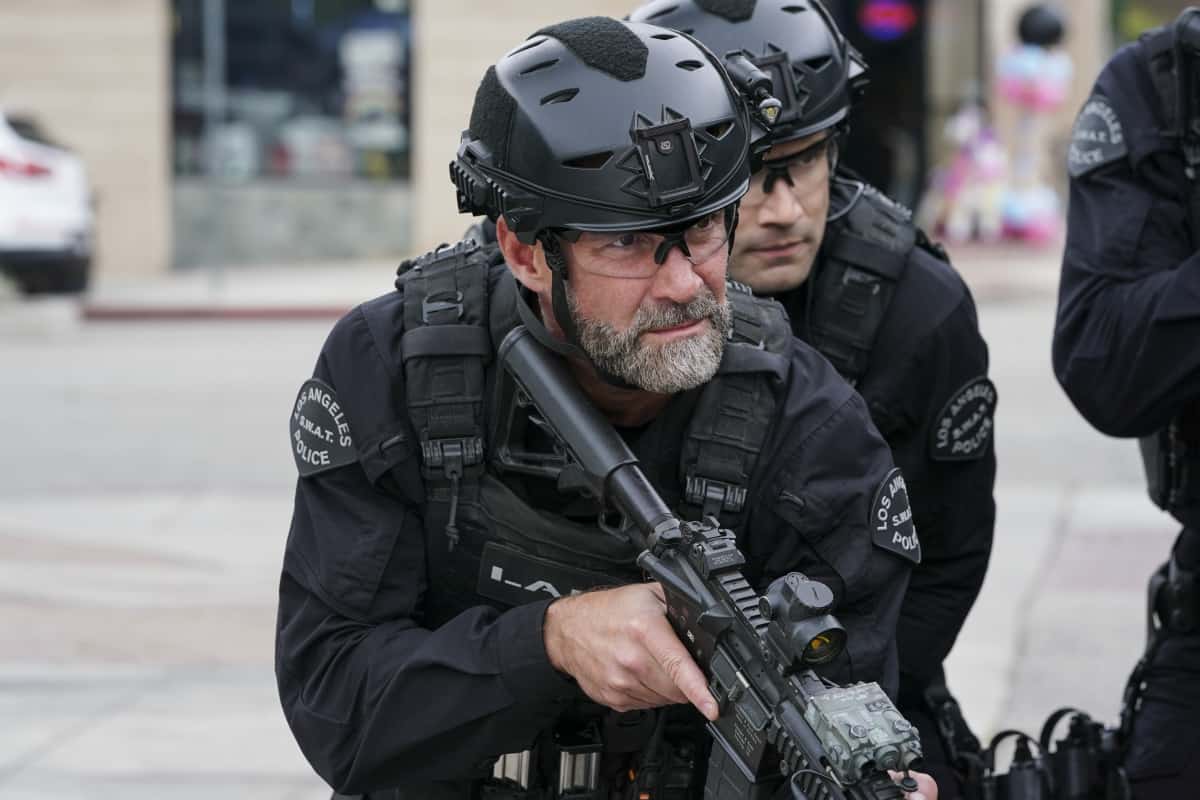 SWAT Season 5 Episode 21 Photos Zodiac – When a home invasion turns deadly, the SWAT team embarks on a race to track down priceless antique artifacts before any more lives are lost. Also, Leroy (Michael Beach) enlists Hondo’s help after an overdose hits close to home, on the CBS Original series S.W.A.T., Sunday, May 15 (10:00-11:00 PM, ET/PT) on the CBS Television Network, and available to stream live and on demand on Paramount+*. s05e21 5×21 5.21 s5e21