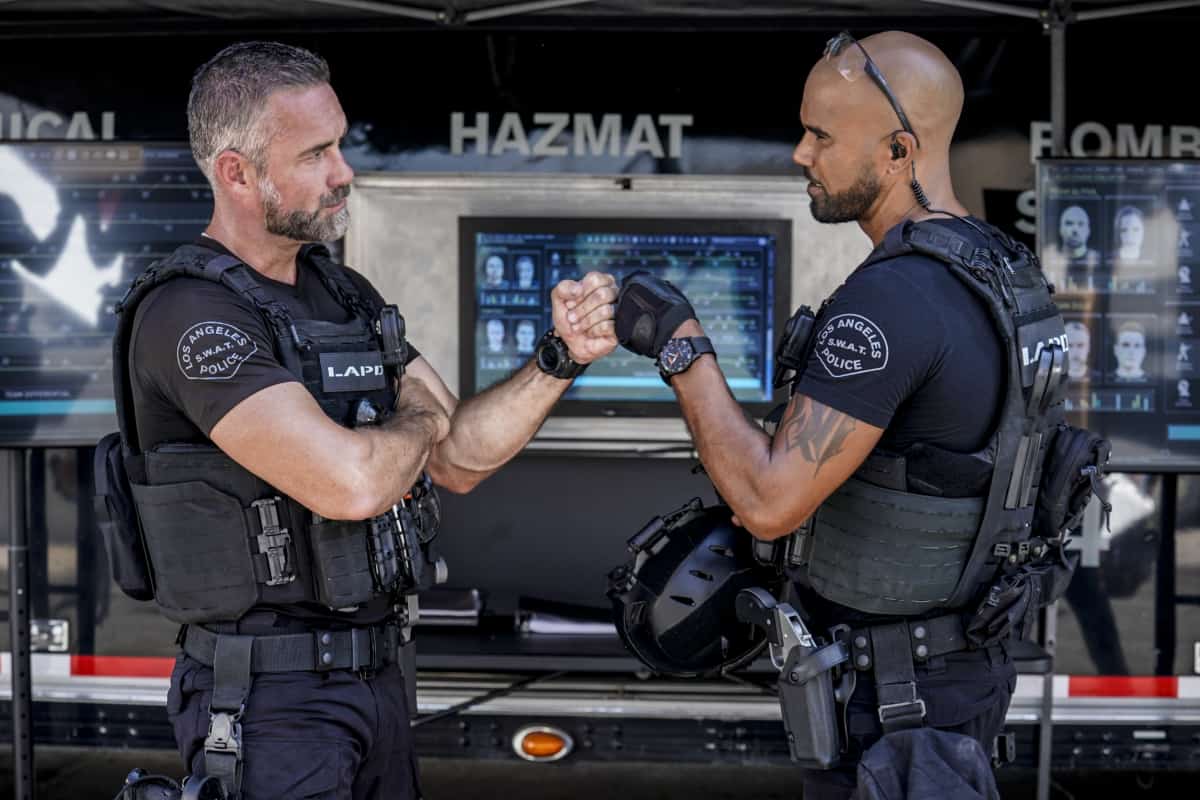 SWAT Season 5 Episode 9 Photos Survive – When Deacon enlists Chris’ help on an off-duty private security detail, they struggle to survive when they’re attacked by a drug cartel looking to kidnap their wealthy VIP client, on the new day and time of the CBS Original series S.W.A.T., Sunday, Jan. 2 (10:00-11:00 PM, ET/PT) on the CBS Television Network, and available to stream live and on demand on Paramount+*. s05e09 5×09 5.09 s5e9