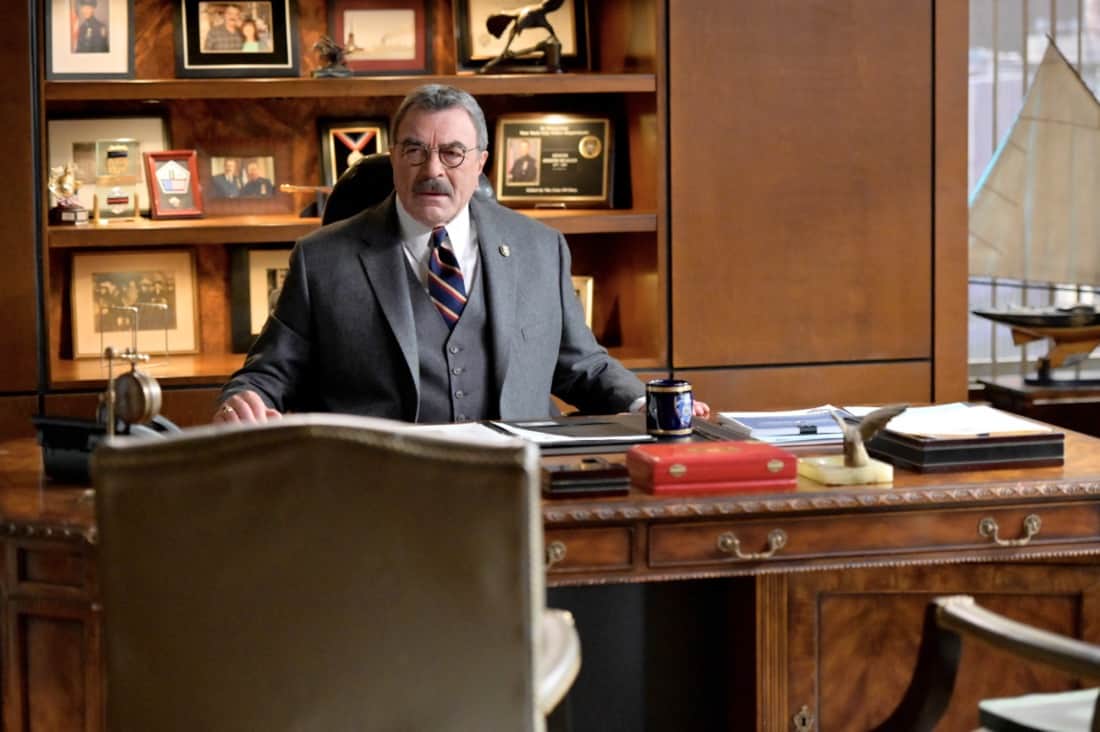 BLUE BLOODS Season 11 Episode 15 Photos The End – Shockwaves ripple through the Reagan family when Danny discovers that their newest family member, Joe Hill (Will Hochman), is working undercover for the ATF to bring down a gunrunning organization, in the first part of the two-hour 11th season finale of BLUE BLOODS, at a special time, Friday, May 14 (9:00-10:00 PM ET/PT) on the CBS Television Network. Guest stars include Gloria Reuben as Special Agent Rachel Weber and Annabella Sciorra as M.E. Faith Marconi. s11e15 11×15 11.15

GUEST CAST for “The End”:

DIRECTED BY (“The End”): Alex Zakrzewski