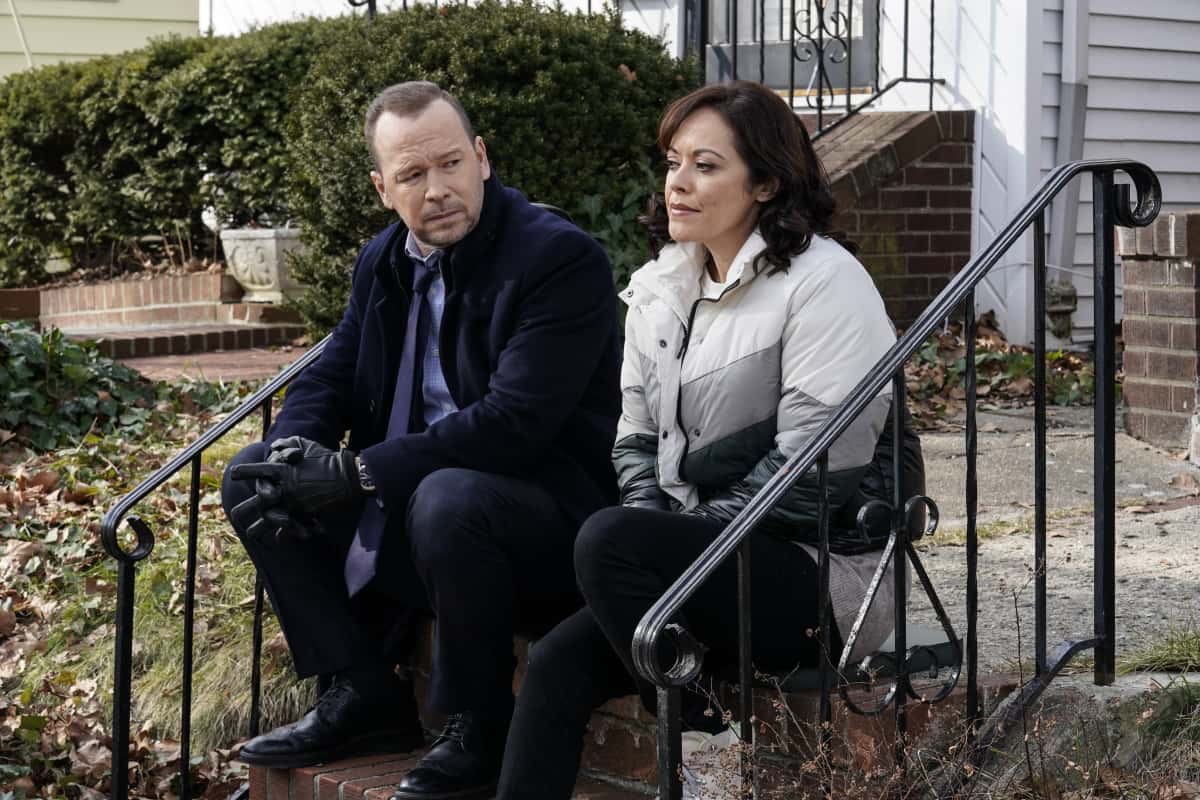 BLUE BLOODS Season 11 Episode 9 Photos For Whom the Bell Tolls – Baez confides in Danny and asks for his help in proving her innocence after she finds a corpse in her front yard. Also, Erin struggles to find a peaceful solution when she receives harsh case notes from her boss, Jamie and Eddie butt heads over the handling of a young cop’s punishment, and Frank makes his whole team attend therapy after Gormley exhibits troubling behavior, on BLUE BLOODS, Friday, March 26 (10:00-11:00 PM, ET/PT) on the CBS Television Network.