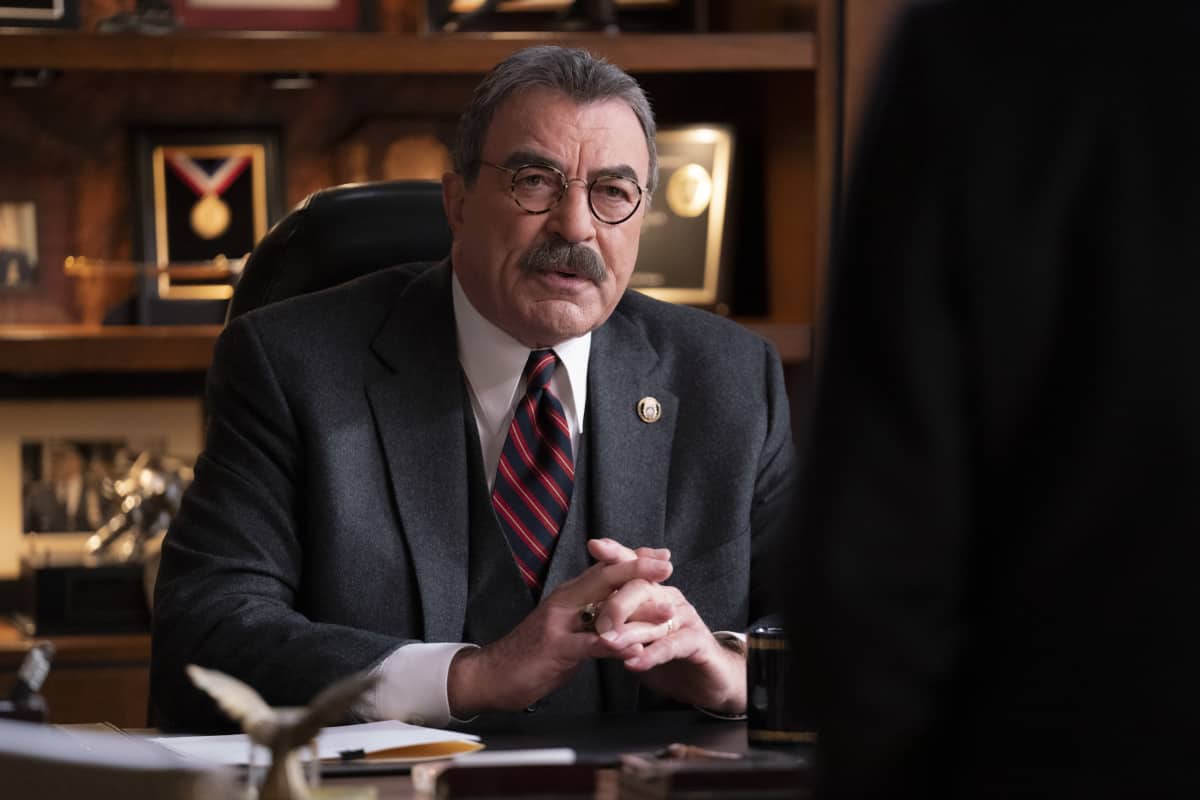 BLUE BLOODS Season 11 Episode 8 Photos More Than Meets the Eye – “More Than Meets the Eye” – Erin tries not to feel overpowered as her new boss shadows her at work just as she’s trying to get a nervous eye-witness to reveal the identity of who shot her boyfriend. Also, the serial killer who previously held Danny and Baez hostage resurfaces, and when Jaime arrests an intrusive reporter who appears at a series of store lootings, it leads to a standoff between Frank and the Attorney General over the press’ First Amendment rights, on BLUE BLOODS, Friday, March 5 (10:00-11:00 PM, ET/PT) on the CBS Television Network. s11e08 11×08 11.08

The Reagan women in the family include middle daughter, Erin, a New York Assistant D.A. who serves as the legal compass for her siblings and father, and is a single parent to her daughter Nicky, who is pursuing a career in San Francisco. Jamie is the youngest Reagan, a Harvard Law graduate and the family’s “golden boy.” Unable to deny the family tradition, Jamie decided to give up a lucrative future in law and follow in the family footsteps as a cop. He’s found a friend and ally in his wife, Eddie, who keeps him on his toes, and has very different reasons than the Reagans for joining the police force. The Reagans welcomed a new family addition after Frank learned his deceased son, officer Joe Reagan, has an adult child they never knew about, a young man who is a rising NYPD cop.