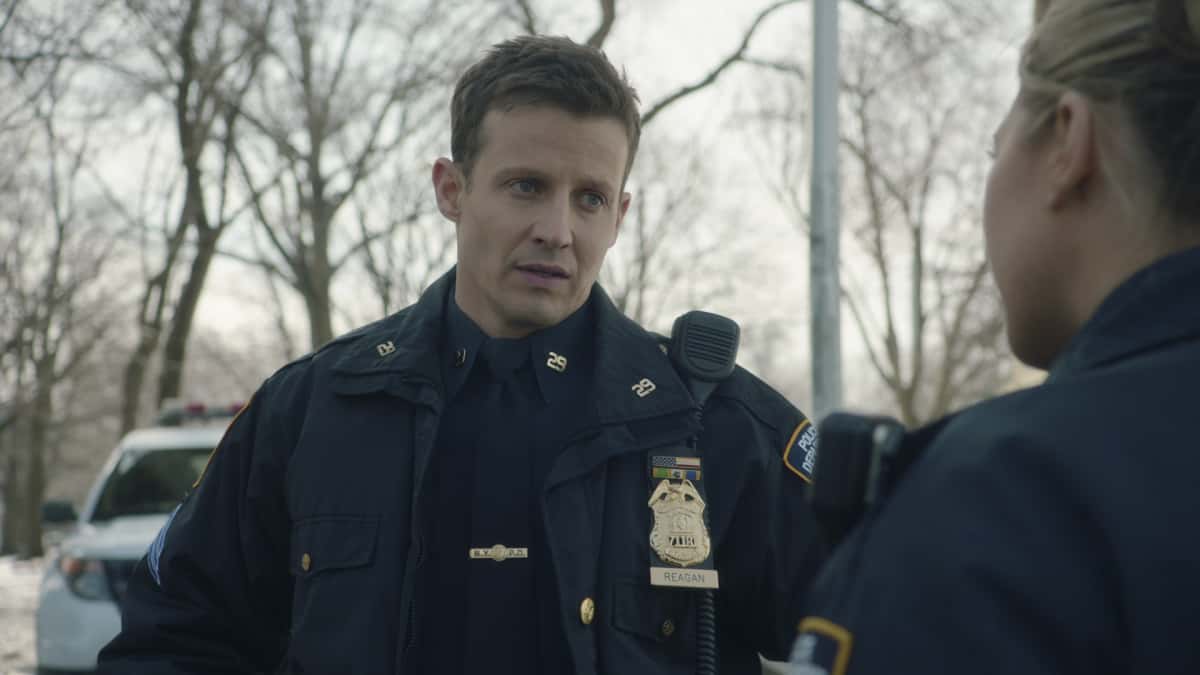 BLUE BLOODS Season 11 Episode 11 Photos Guardian Angels – Frank takes matters into his own hands to save Gormley’s career when the officer is accused of using excessive force after decades-old complaints against him become public knowledge. Also, Danny and Baez learn to be allies when the transgender community comes under attack, Jamie and Eddie aim to settle a personal dispute with a local thug who likes to fight cops, and Erin is pressured to let a good samaritan off the hook for a violent act of vigilantism, on BLUE BLOODS, Friday, April 9 (10:00-11:00 PM, ET/PT) on the CBS Television Network. s11e11 11×11 11.11