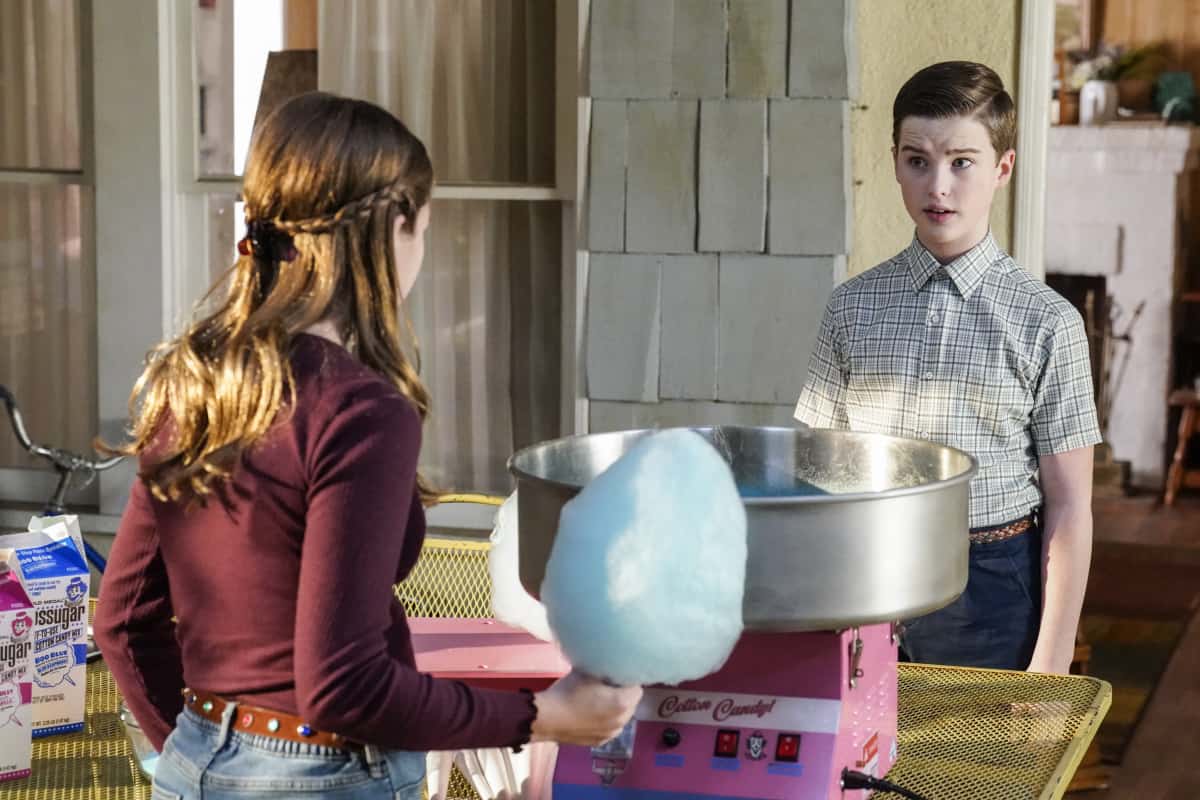 YOUNG SHELDON Season 5 Episode 16 Photos A Suitcase Full Of Cash And A Yellow Clown Car – Meemaw’s gambling room is a success, and Sheldon dips his toe in the stock market. Also, Missy starts a business, on the CBS Original series YOUNG SHELDON, Thursday, March 10 (8:00-8:31 PM, ET/PT) on the CBS Television Network, and available to stream live and on demand on Paramount+*. s05e16 5×16 5.16 s5e16