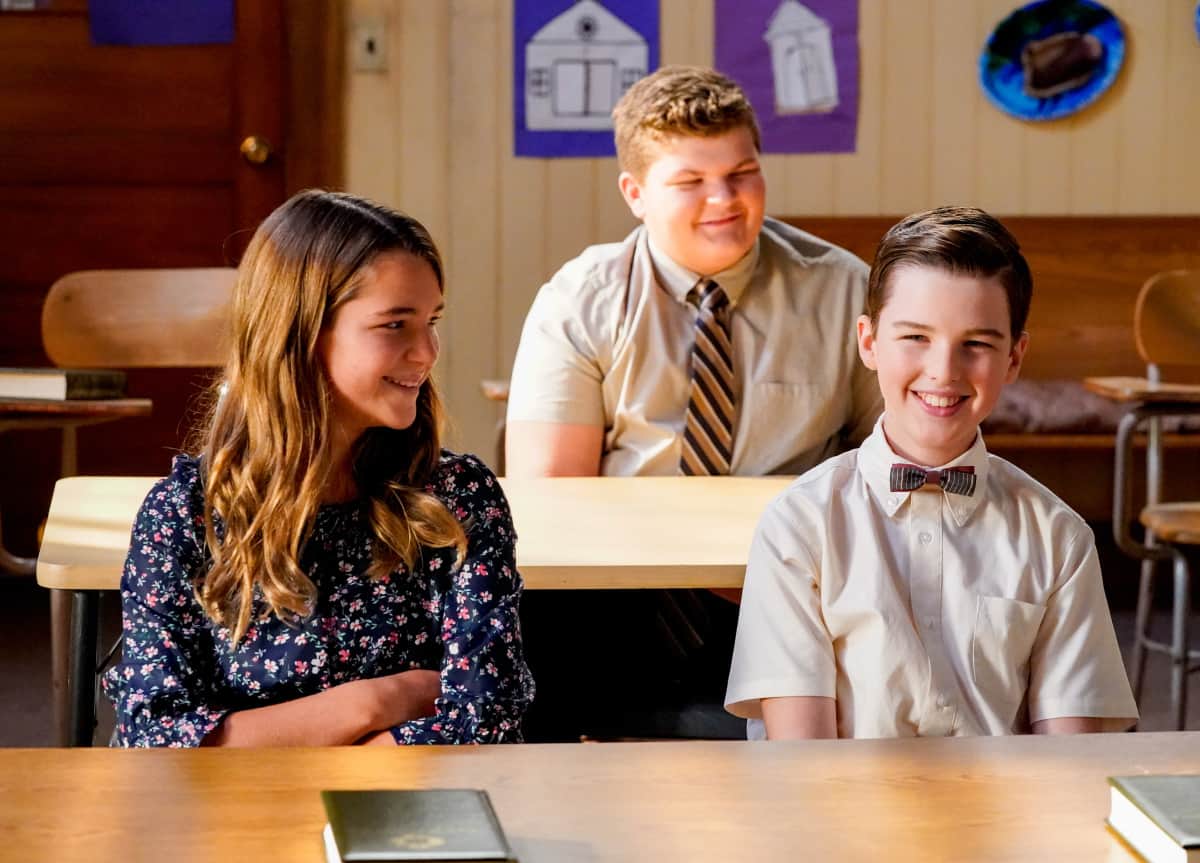 YOUNG SHELDON Season 5 Episode 2 Photos Snoopin’ Around And The Wonder Twins Of Atheism– Sheldon encourages Missy to question the Bible. Also, Meemaw is determined to catch George Sr. in a lie, and Mary helps Pastor Jeff (Matt Hobby) search for a youth pastor, on YOUNG SHELDON, Thursday, Oct. 14 (8:00-8:31 PM, ET/PT) on the CBS Television Network, and available to stream live and on demand on Paramount+. s05e02 5×02 5.02 s5e2