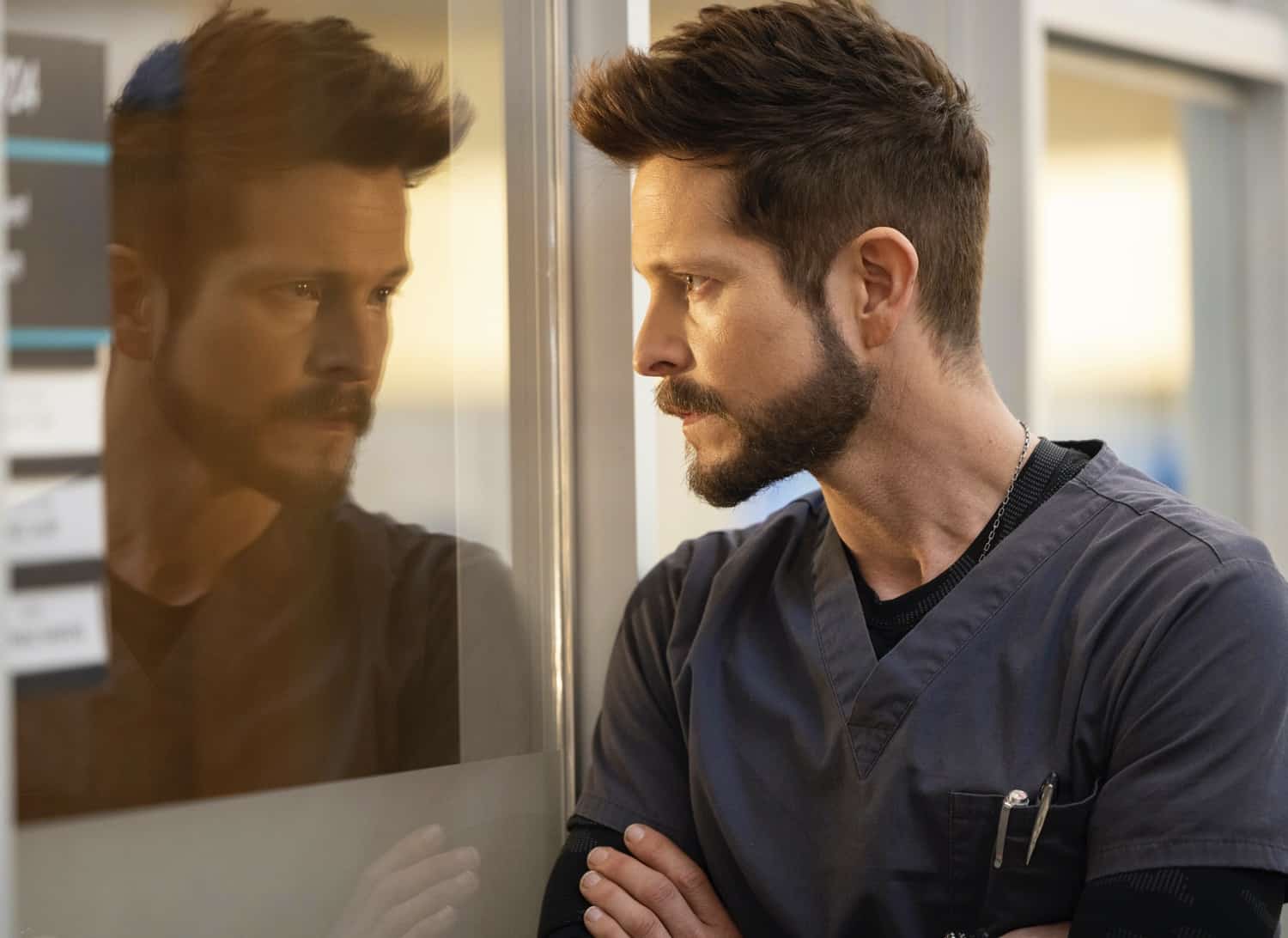 THE RESIDENT Season 5 Episode 16 Photos 6 Volts – Conrad and The Raptor help out an old friend whose heart problems reveal a bigger issue than they anticipated. Meanwhile, Devon treats a suicidal woman whom he thinks might be a good candidate for Deep Brain Stimulation. Then, Bell confronts the Medical Board about the cases he’s been investigating, and Billie and Trevor have an emotional reunion in the all-new “6 Volts” episode of THE RESIDENT airing Tuesday, March 29 (8:00-9:00 PM ET/PT) on FOX. (RES-516) (TV-14 L, V) s05e16 5×16 5.16 s5e16