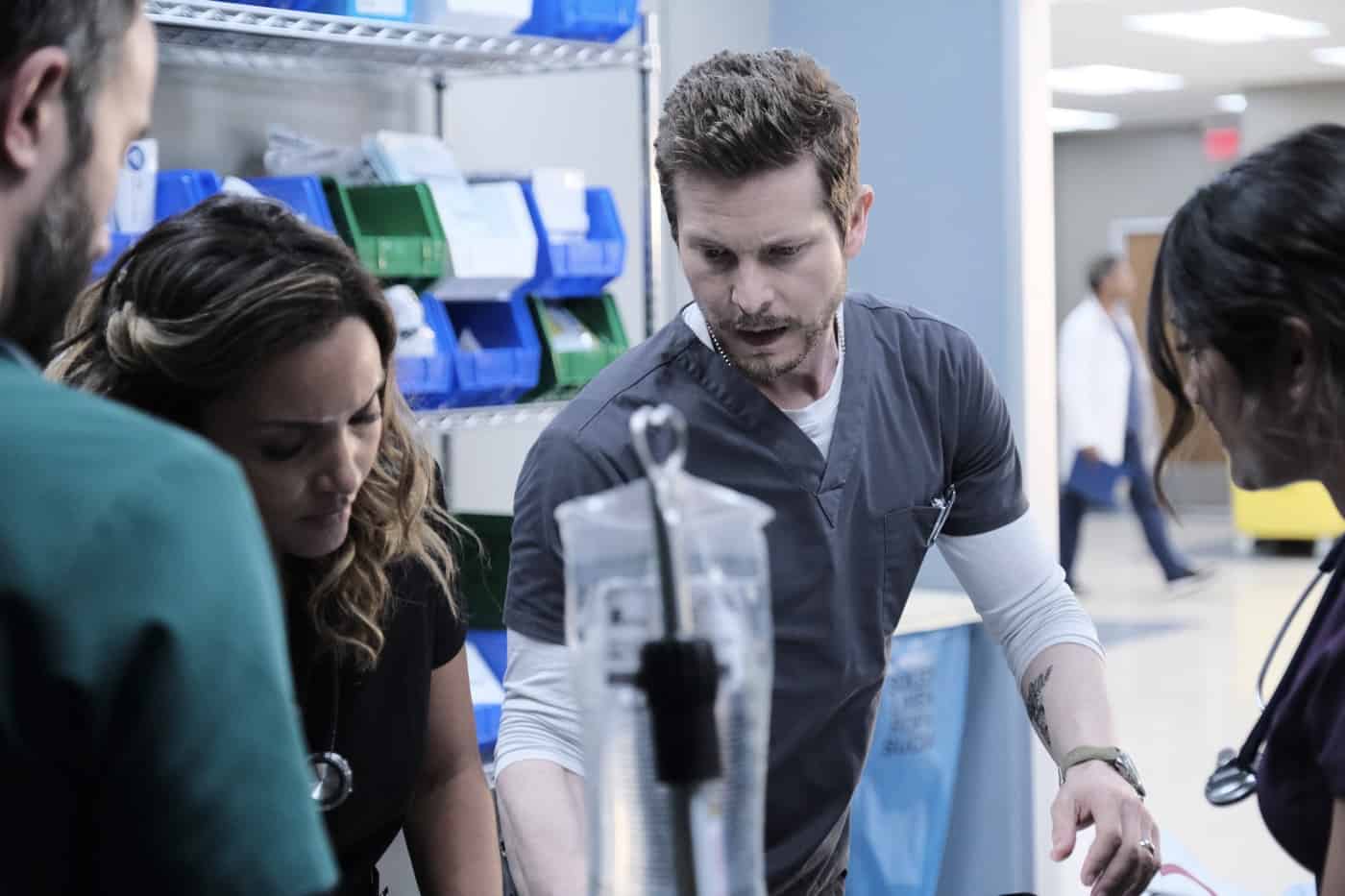 THE RESIDENT Season 5 Episode 2 Photos No Good Deed – When one of the doctors is found unconscious in an elevator at Chastain, the staff frantically retraces his steps to figure out the cause. Billie is faced with a personal conflict when she comes face-to-face with the secret she has been hiding all these years. Meanwhile, Bell helps Kit make a decision about a new neurosurgeon joining the team at Chastain in the all-new “No Good Deed” episode of THE RESIDENT airing Tuesday, Sept. 28 (8:00-9:00 PM ET/PT) on FOX. (RES-502) (TV-14 D, L, V) s05e02 5×02 5.02 s5e2