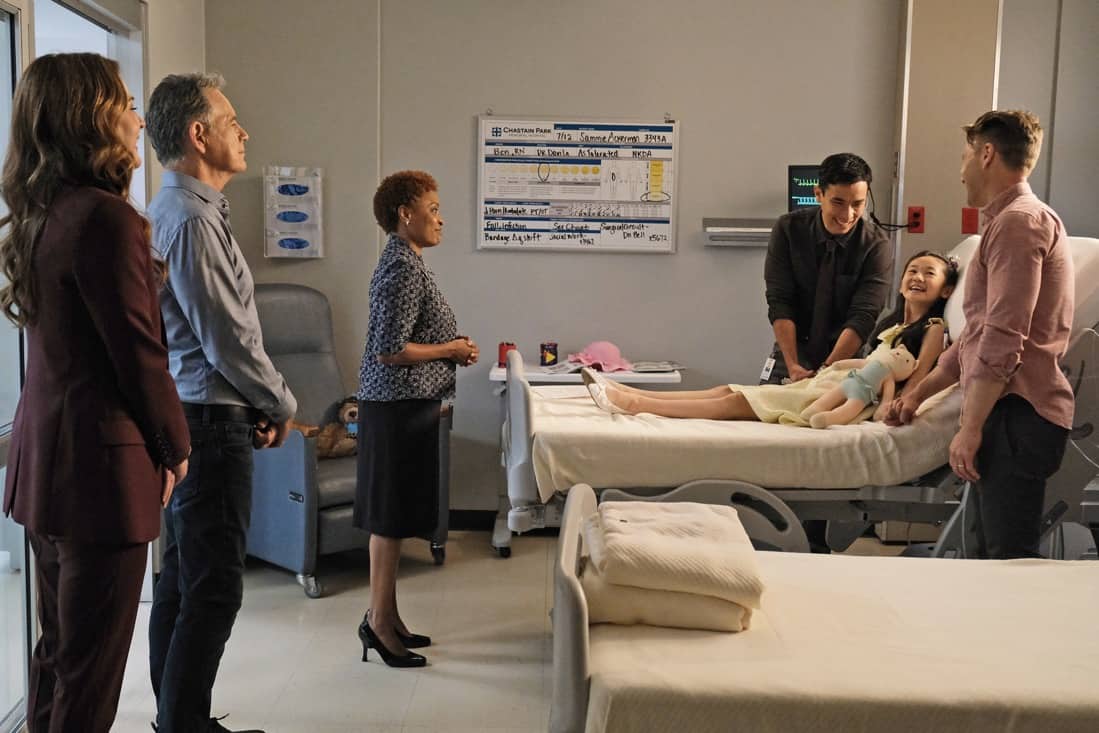 THE RESIDENT Season 4 Episode 14 Photos Past, Present, Future – The wait is over as Conrad and Nic welcome the arrival of their baby girl. Meanwhile, Raptor’s life begins to fall apart and he is forced to turn to Cain for help. Also, Devon and Bell work together on a complicated surgery that may allow them to save multiple lives. Then, Kit tries to deal with the moral repercussions of financially saving Chastain in the all-new “Past, Present, Future” season finale episode of THE RESIDENT airing Tuesday, May 18 (8:00-9:00 PM ET/PT) on FOX. (RES-414) (TV-14 L, V) s04e14 4×14 4.14 s4e14

Guest-Starring Conrad Ricamora (“How to Get Away with Murder”)