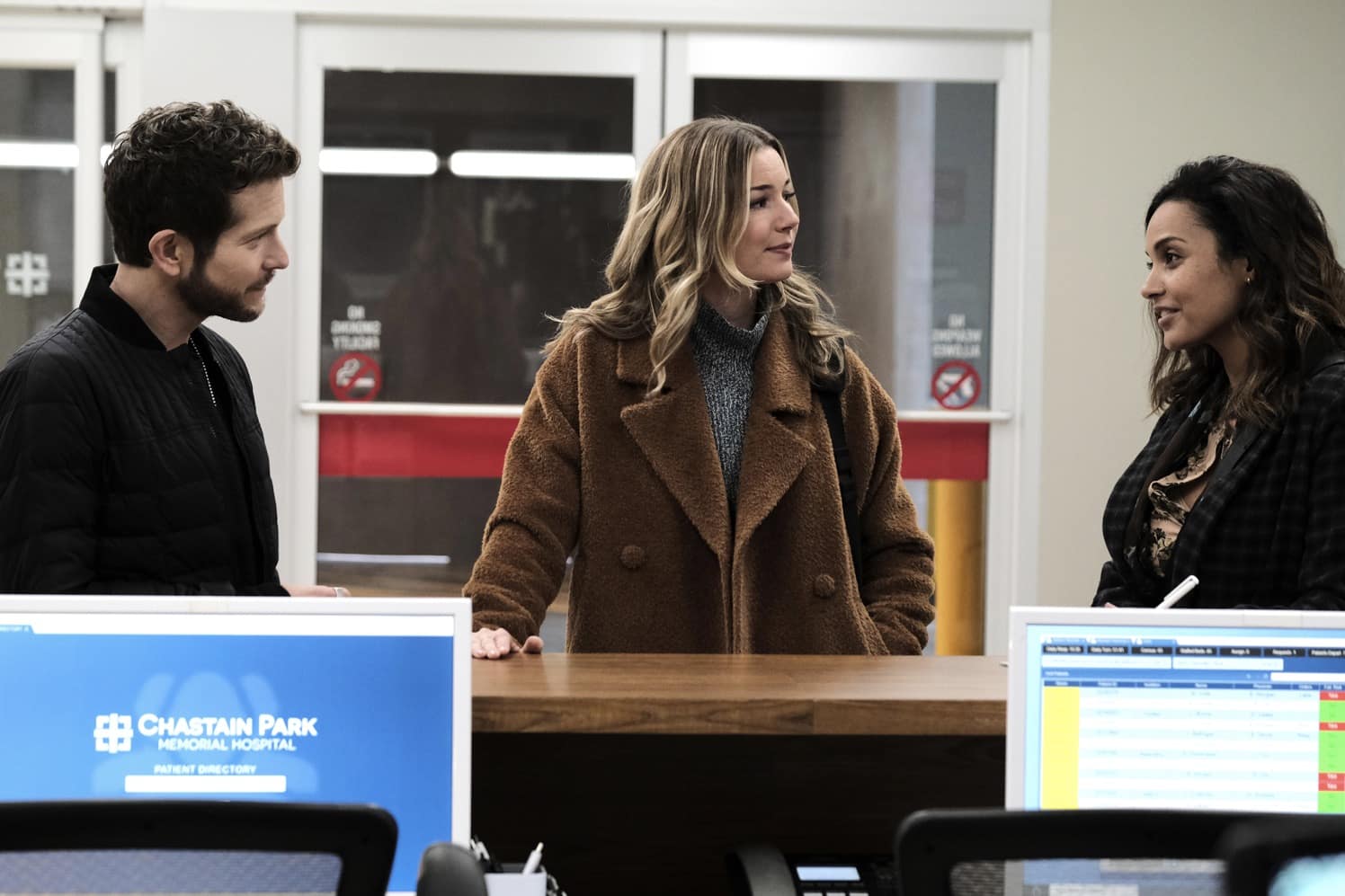 THE RESIDENT Season 4 Episode 8 Photos First Days, Last Days – On Nic’s first day back at Chastain, the man who attacked her is admitted to the ER, causing her to confront her trauma head-on. Cain, now in recovery, is self-conscious of his physical state and sets his eye on taking down Mina. Meanwhile, new intern Leela (guest star Anuja Joshi), both struggles and shines throughout her first day, causing Devon and Conrad to wonder if something bigger is going on in the all-new “First Days, Last Days” episode of THE RESIDENT airing Tuesday, March 9 (8:00-9:00 PM ET/PT) on FOX. (RES-408) (TV-14 L, V) s04e08 4×08 4.08