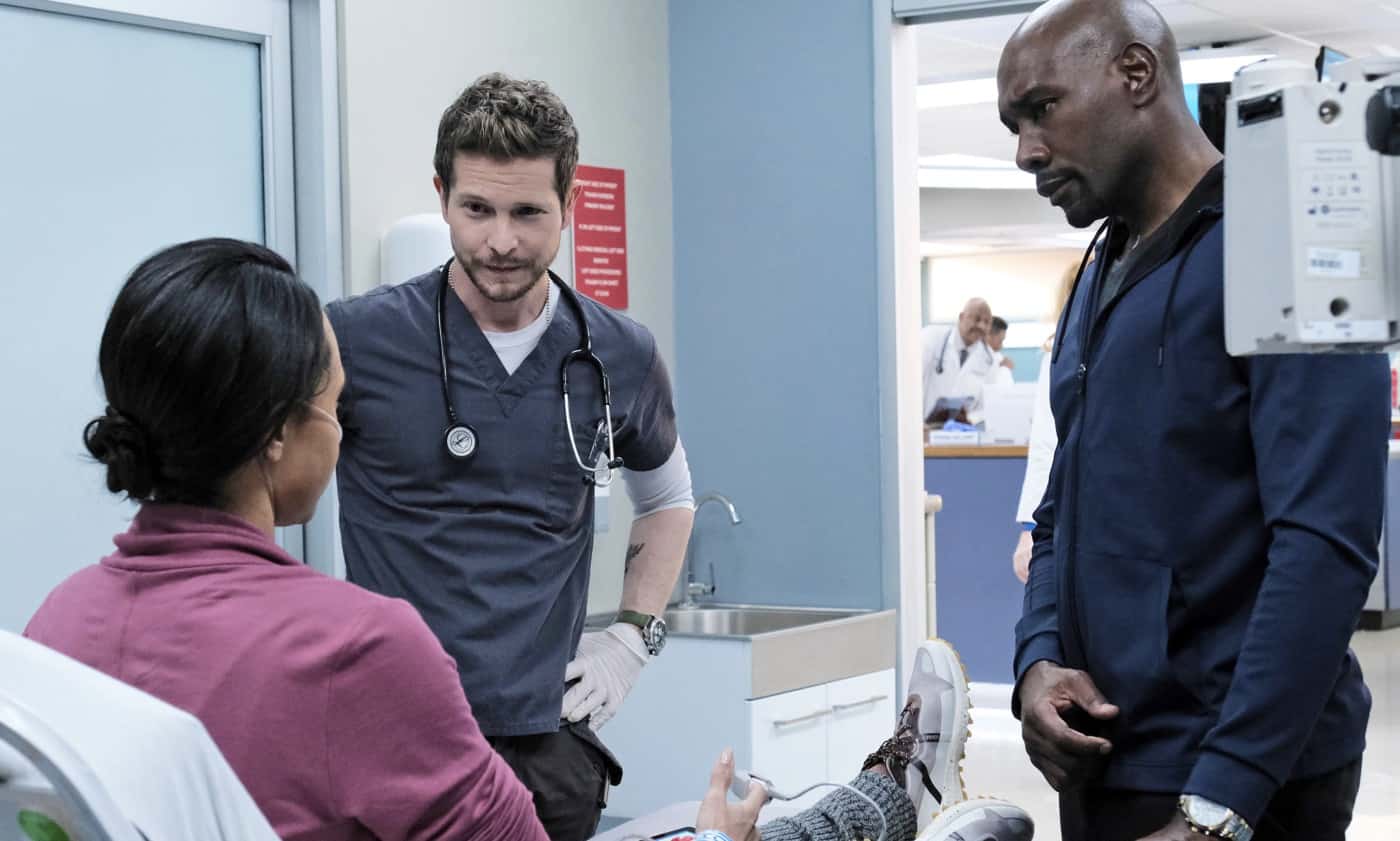 THE RESIDENT Season 4 Episode 9 Photos Doors Opening, Doors Closing – A case becomes personal for the staff when Conrad and Bell treat a pregnant woman who is carrying Jake’s (guest star Conrad Ricamora) future adopted child. Upon hearing surprising news from Princess Nadine (guest star Shazi Raja), Devon contemplates the future of his love life. On the heels of meeting The Raptor’s parents, Mina gets a call that causes her to make a bold decision about her future.