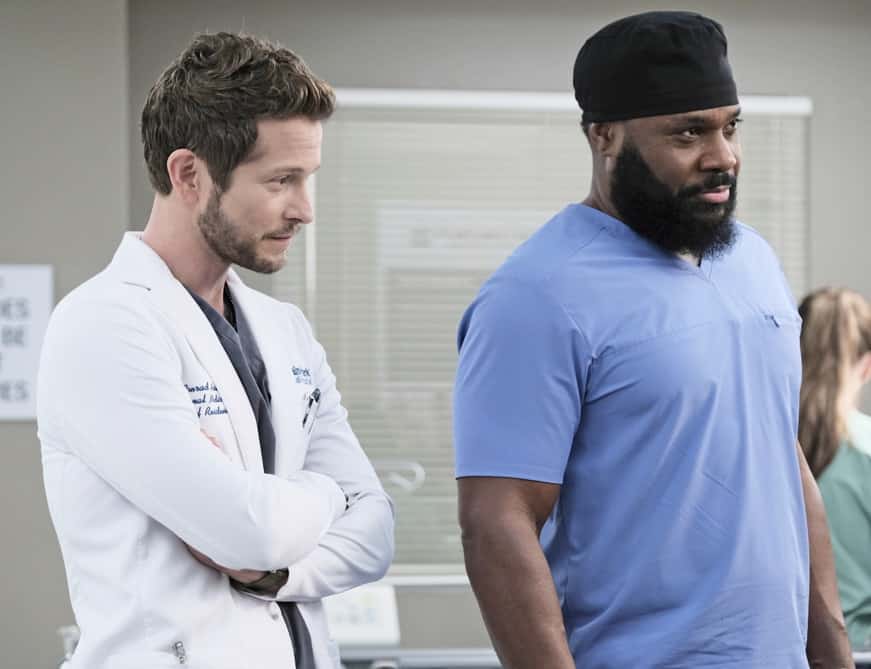 THE RESIDENT Season 4 Episode 10 Photos Into The Unknown – Just when Mina and The Raptor can see their future together, an unexpected complication throws a wrench in their plans. Meanwhile, Cain faces a harsh reality when Kit gives him the opportunity to prove he is ready to return to the OR. Then, Devon presents Rose (guest star Cara Ricketts) with a groundbreaking clinical trial that could help her battle with Sickle Cell Anemia in the all-new “Into the Unknown” episode of THE RESIDENT airing Tuesday, April 20 (8:00-9:01 PM ET/PT) on FOX. (RES-410) (TV-14 L, V) s04e10 4×10 4.10 s4e10