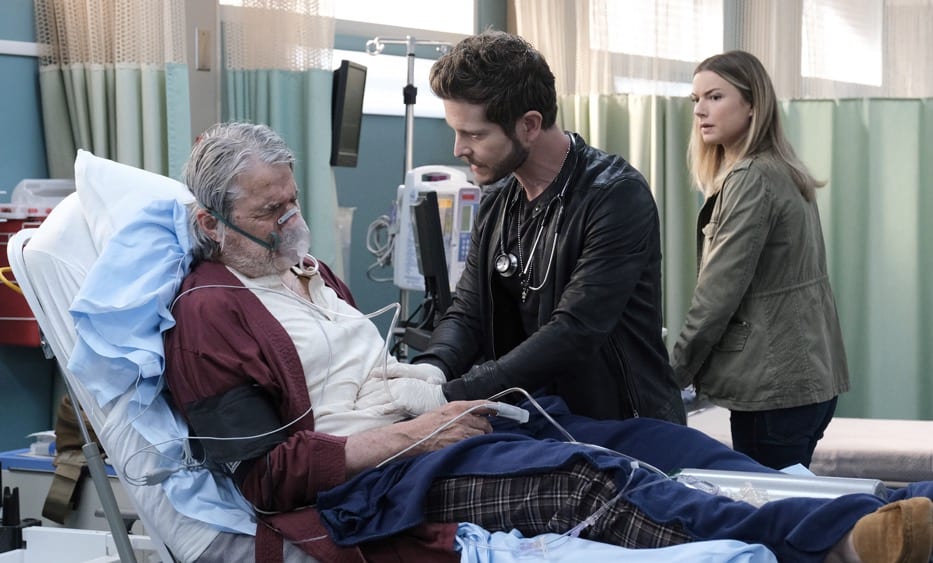 THE RESIDENT Season 4 Episode 12 Photos Hope In The Unseen – With Nic’s due date steadily approaching, she and Conrad plan a relaxing day off, but their plans are interrupted when a patient with a medical mystery sends them rushing back to Chastain. Devon stays by Rose’s (guest star Cara Ricketts) side as she starts her clinical trial and things take a turn for the worse. Meanwhile, Kit is under pressure to bring Chastain out of debt in the all-new “Hope in the Unseen” episode of THE RESIDENT airing Tuesday, May 4 (8:00-9:01 PM ET/PT) on FOX. (RES-412) (TV-14 L, V) s04e12 4×12 4.12 s4e12