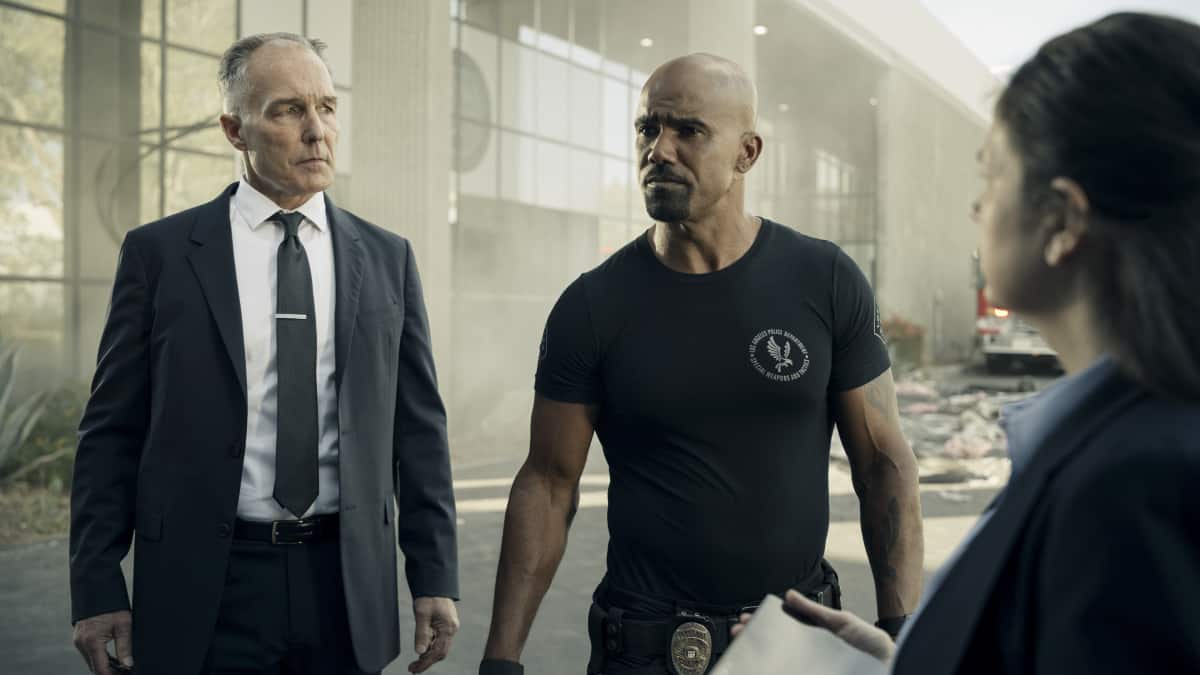 SWAT Season 4 Episode 18 Photos Veritas Vincit — The bombing of a Los Angeles police station puts the city on edge, leading the team to a final showdown with a group of domestic extremists. Also, Hondo faces the fallout from a bold decision that threatens his future, and Tan takes a big step in his personal life, on the fourth season finale of “S.W.A.T.,” Wednesday, May 26(10:00-11:00 PM, ET/PT) on the CBS Television Network. s04e18 4×18 4.18 s4e18