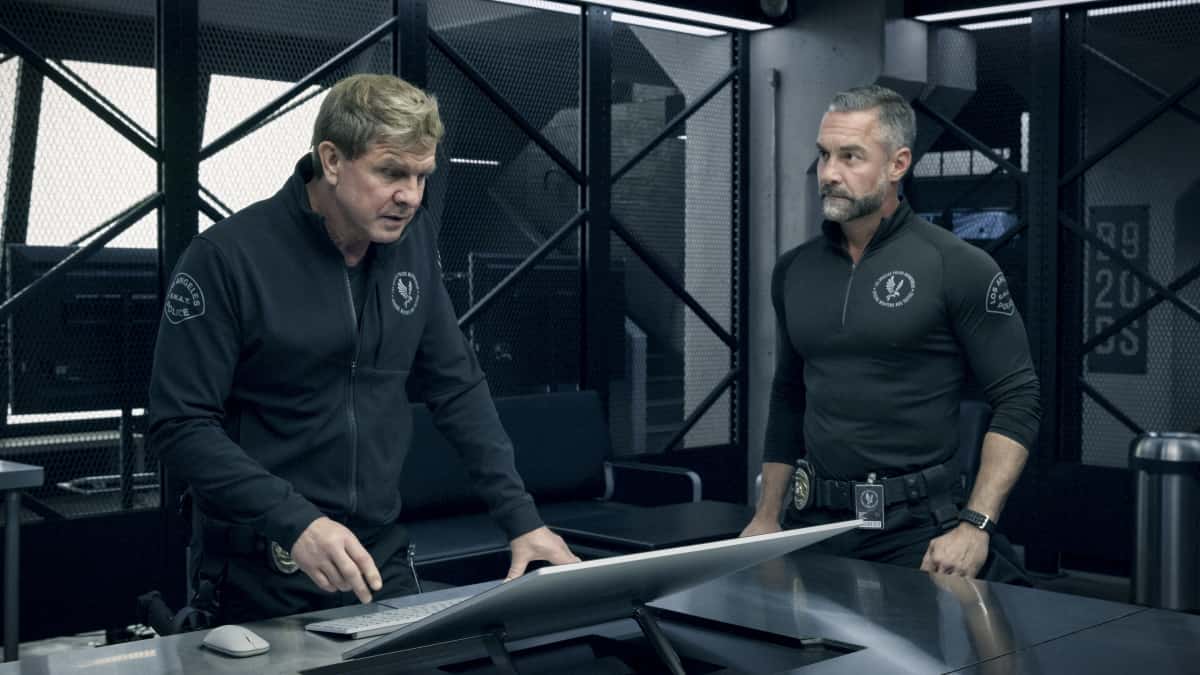 SWAT Season 4 Episode 13 Photos Sins Of The Fathers – The team works together to hunt down a deadly band of mercenaries hired by a wealthy CEO trying to leave the country before he’s arrested for running a massive Ponzi scheme. Also, Hondo is forced to confront his changing relationship with Darryl (Deshae Frost) as the teen grows closer to his father, and a grief-stricken Chris hits rock bottom, on S.W.A.T., Wednesday, April 7 (10:00-11:00 PM, ET/PT) on the CBS Television Network. s04e13 4×13 4.13 s4e13