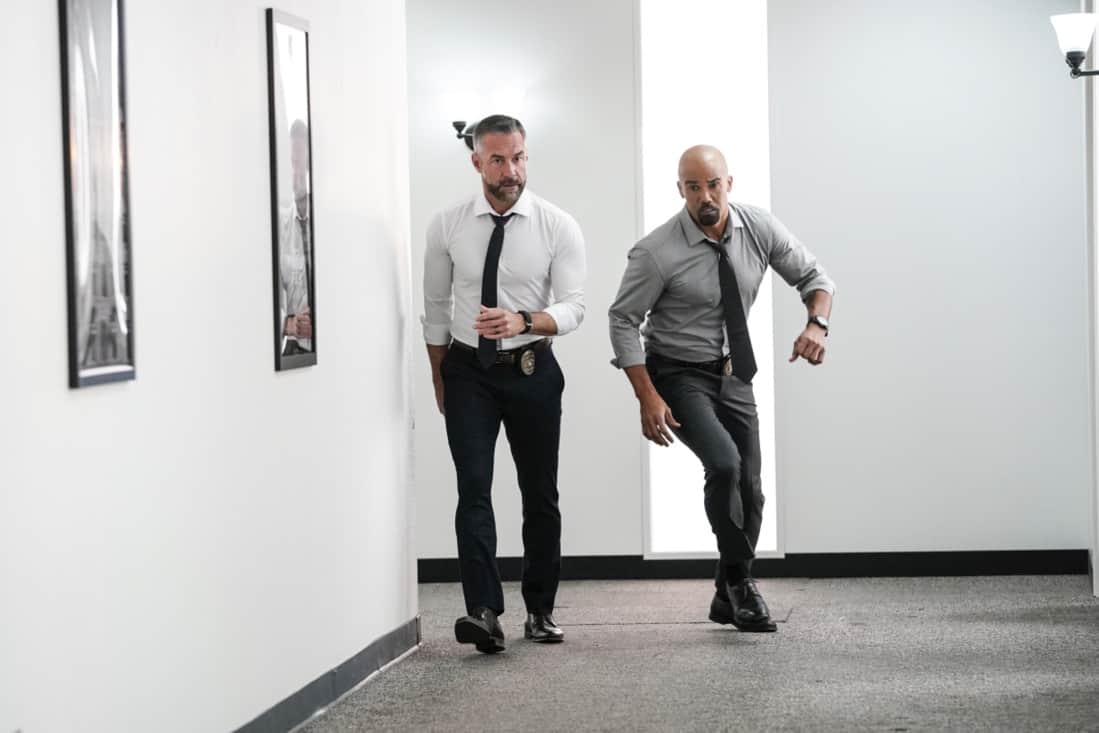 SWAT Season 4 Episode 16 Photos Lockdown – When four escaped prisoners take control of a courthouse with Hondo and Deacon inside but unarmed, the two race to save the lives of innocent civilians while trying to avoid detection themselves. Also, Street visits his mother, Karen (Sherilynn Fenn), in the hospital and faces a pivotal decision, on S.W.A.T., Wednesday, May 12(10:00-11:00 PM, ET/PT), on the CBS Television Network. s04e16 4×16 4.16 s4e16