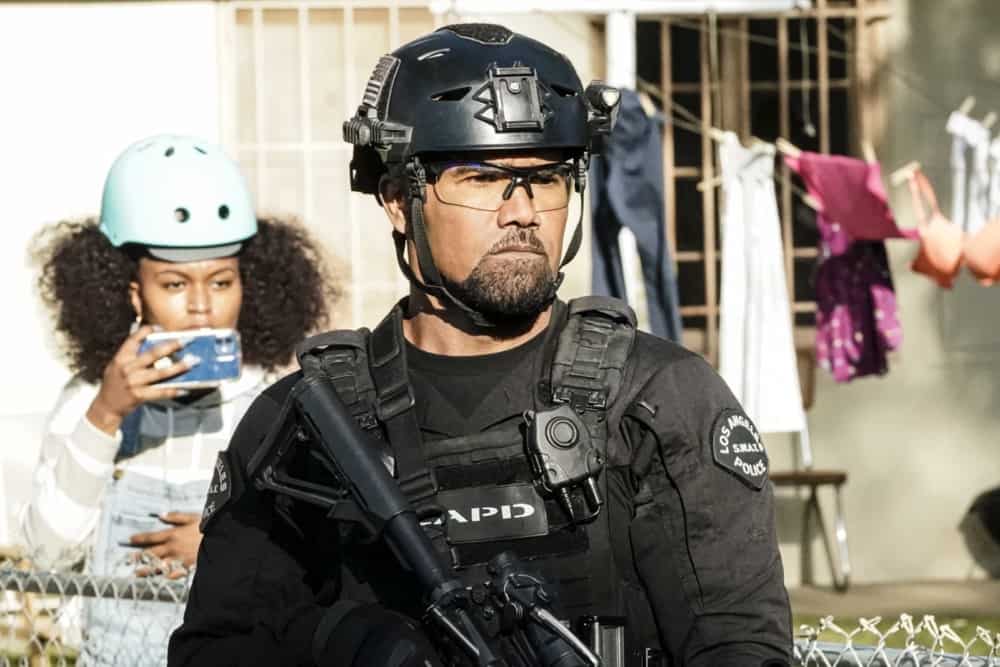 SWAT Season 4 Episode 15 Photos Local Heroes – The team tries to track down a media-savvy crew of bank robbers who consider themselves a band of modern-day Robin Hoods, funneling stolen cash back into their struggling neighborhood, before the mission turns deadly. Also, Hondo and Deacon clash over how to deal with a group of cops’ racist views, on S.W.A.T., Wednesday, May 5 (10:00-11:00 PM, ET/PT) on the CBS Television Network. s04e015 4×15 4.15 s4e15