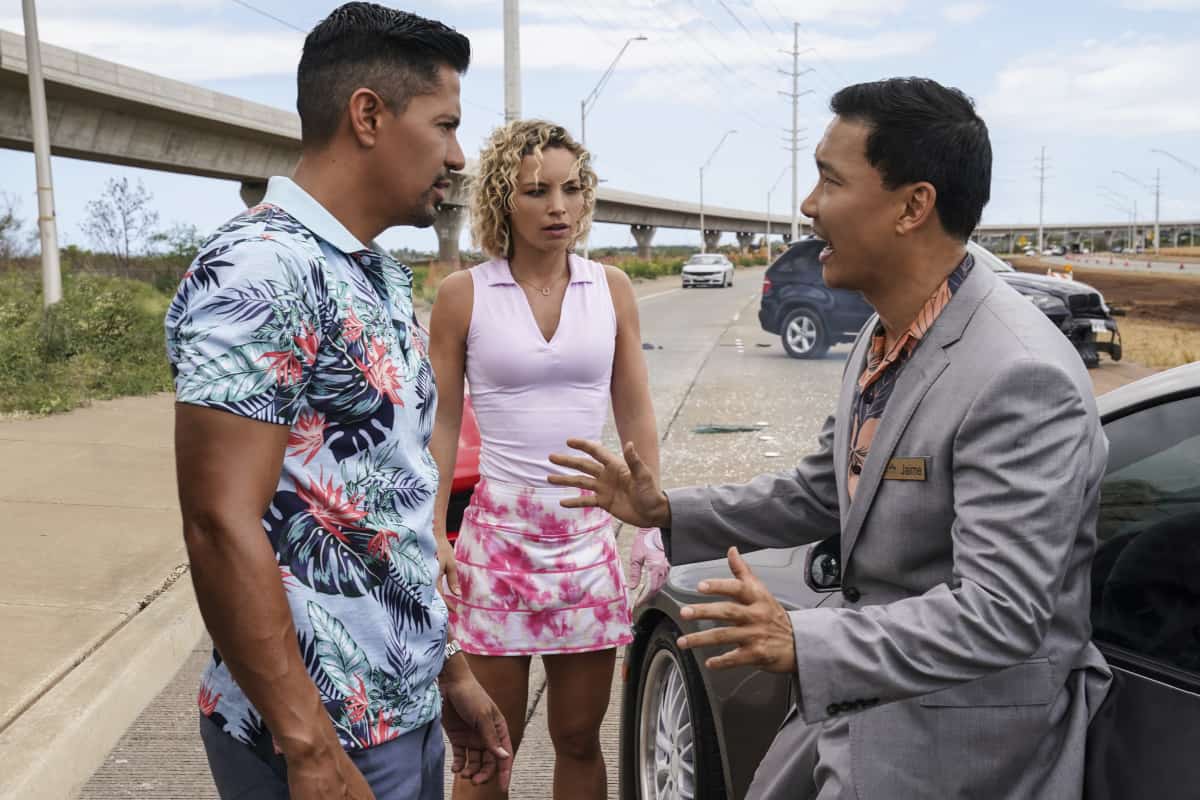 MAGNUM P.I. Season 4 Episode 3 Photos Texas Wedge – Magnum, Higgins and Rick go undercover at a ritzy country club when a young caddie is fired after being accused of stealing a member’s golf clubs. Also, Jin’s (Bobby Lee) niece (Kaylee Hottle), unaware of her uncle’s shady past, asks him to speak at her school, on MAGNUM P.I., Friday, Oct. 15 (9:00-10:00 PM, ET/PT) on the CBS Television Network, and available to stream live and on demand on Paramount+. Kate Flannery guest stars as a country club member with eyes for Rick. s04e03 4×03 4.03 s4e3