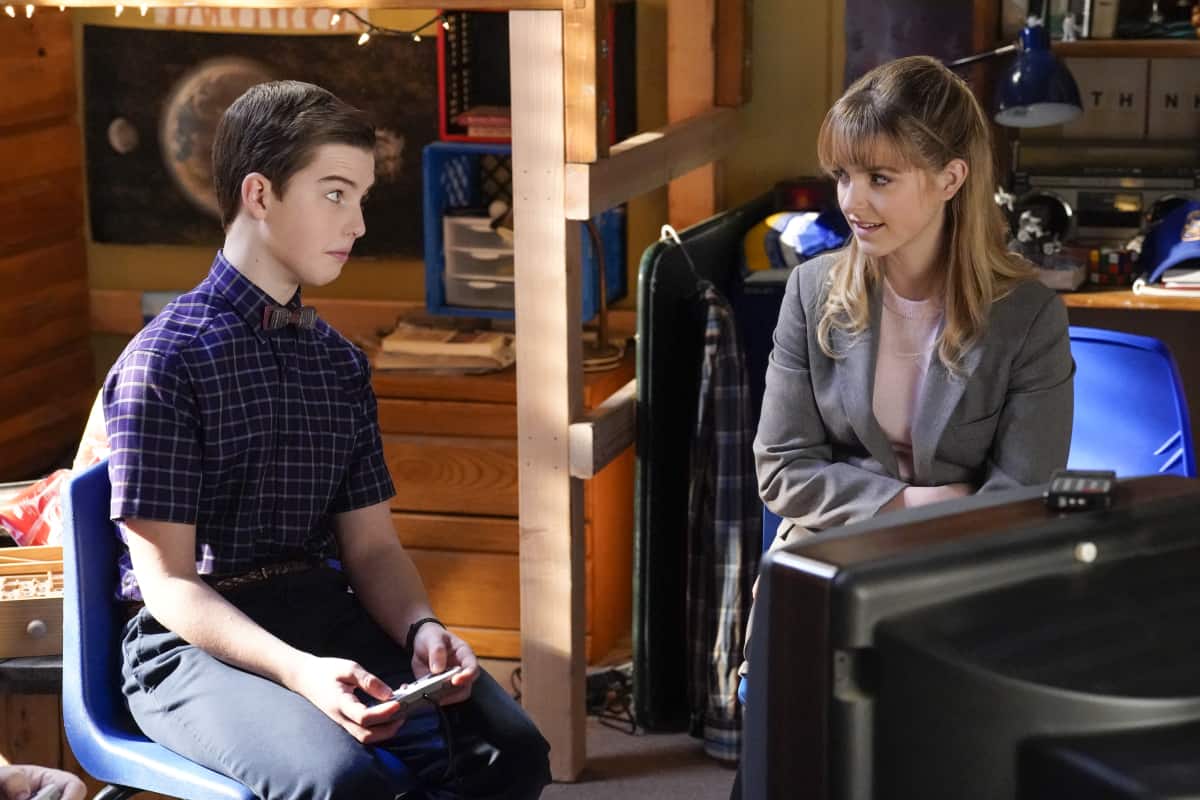 YOUNG SHELDON Season 5 Episode 17 Photos A Solo Peanut, A Social Butterfly And The Truth – Sheldon gets an odd request from an old friend, Paige (McKenna Grace). Also, George Sr. and Mary are caught in the middle of Meemaw and Dale’s breakup, and Georgie comes clean to Mandy, on the 100th episode of the CBS Original series YOUNG SHELDON, Thursday, March 31 (8:00-8:31 PM, ET/PT) on the CBS Television Network, and available to stream live and on demand on Paramount+*. s05e17 5×17 5.17 s5e17