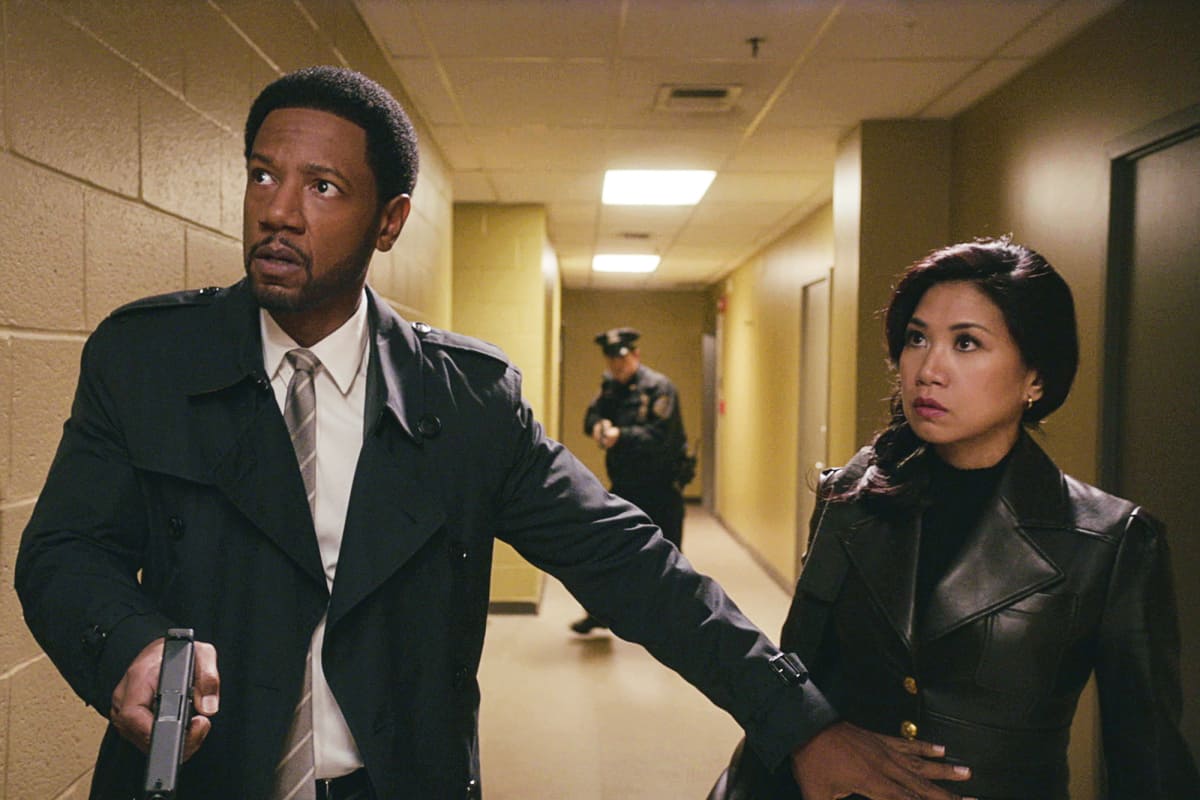 THE EQUALIZER Season 2 Episode 6 Photos Shooter – Mel’s past military expertise proves critical when McCall is hired by District Attorney Grafton (Jennifer Ferrin) to find a sniper on a killing spree, seemingly selecting victims at random. Also, Delilah experiences PTSD when the sniper shootings cause her to relive the trauma of her friend’s fatal shooting, on the CBS Original series THE EQUALIZER, Sunday, Nov. 21 (8:00-9:00 PM, ET/PT) on the CBS Television Network, and available to stream live and on demand on Paramount+. s02e06 2×06 2.06 s2e6