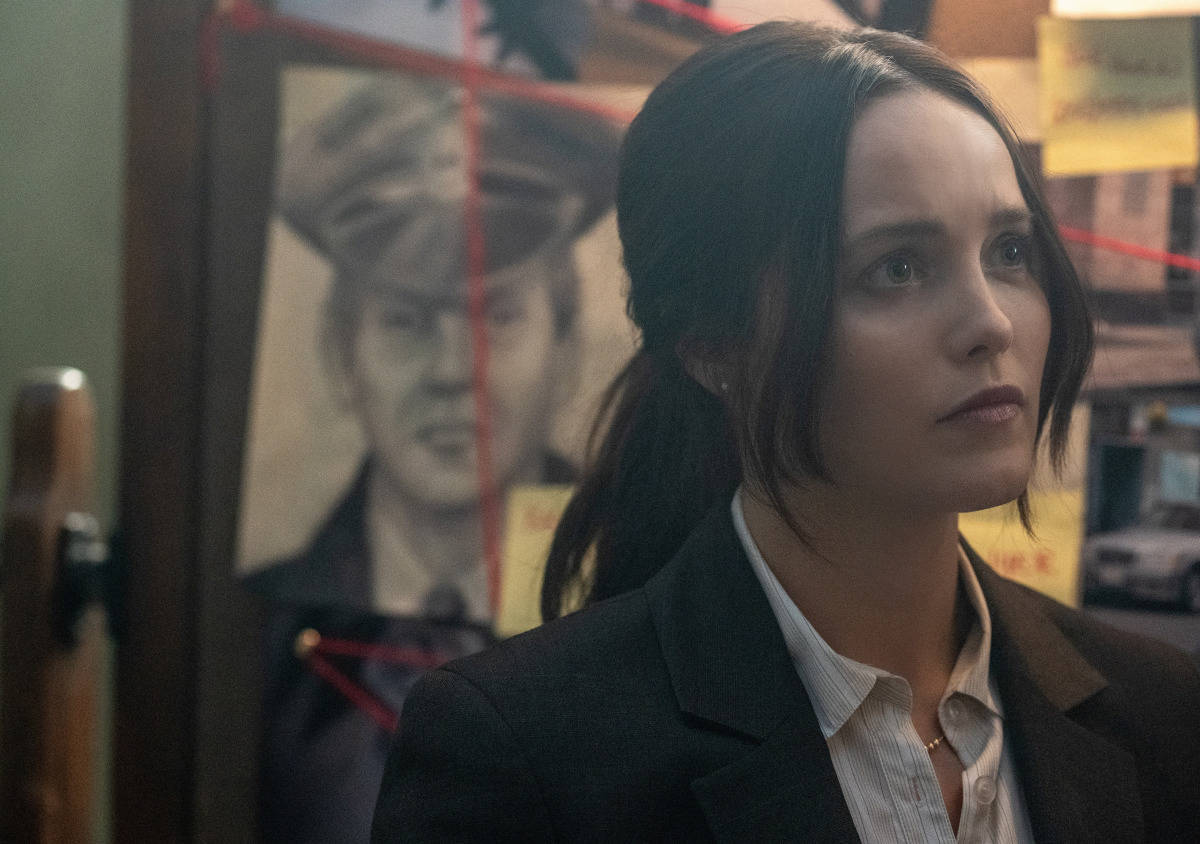 CLARICE Season 1 Episode 10 Photos Motherless Child — Catherine Martin escapes to Carneys Point, N.J., to confront Buffalo Bill’s mother, Lila Gumb (Maria Ricossa). When Ruth recruits Krendler and ViCAP to track her down, Clarice volunteers to be the one to find Catherine before she commits a vile act and becomes a monster herself. Also, Julia continues to assist the ViCAP team’s investigation despite the huge personal risk, on CLARICE, Thursday, June 3 (10:00-11:00 PM, ET/PT) on the CBS Television Network. s01e10 1×10 1.10 s1e10