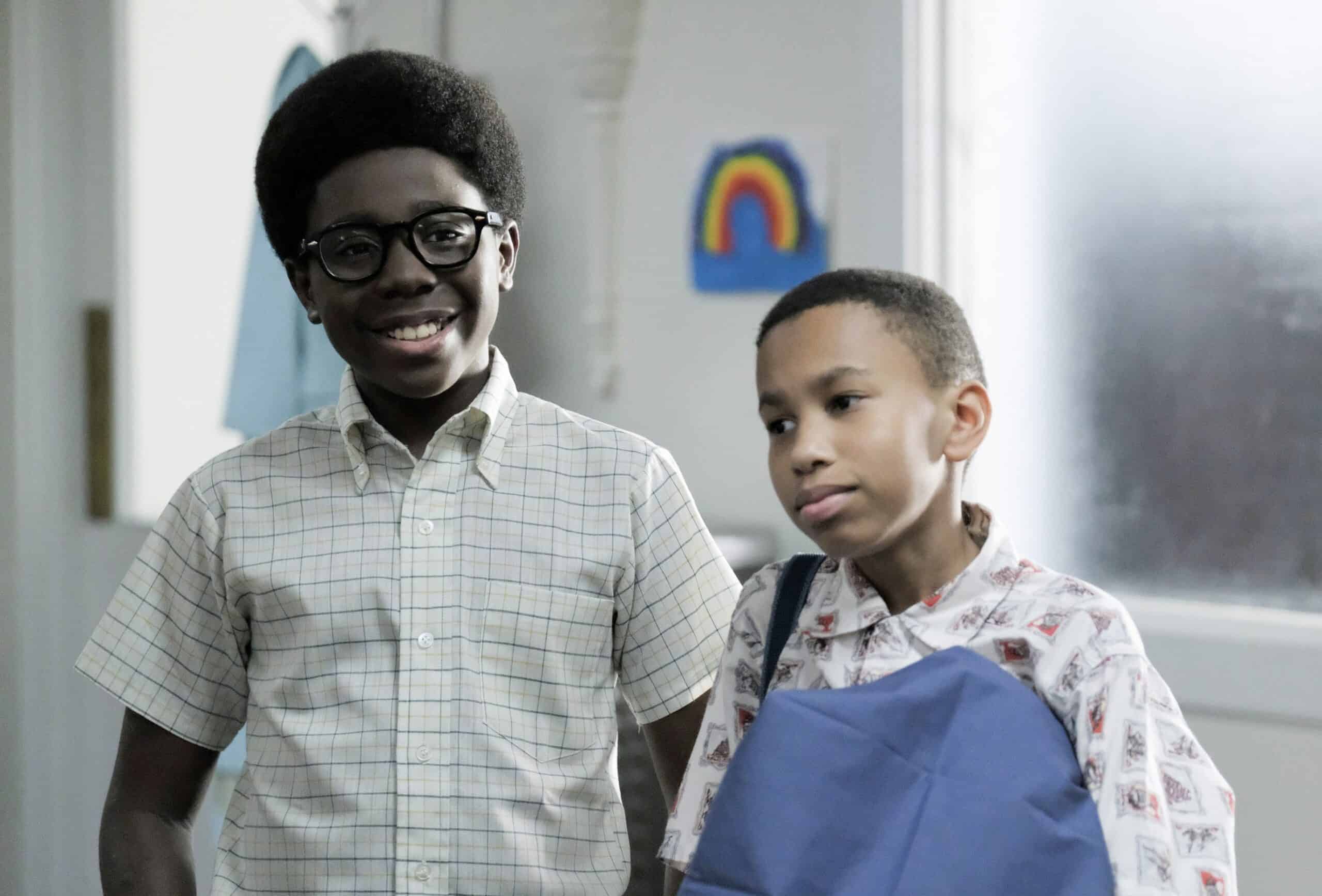 THE WONDER YEARS Season 1 Episode 5 Photos The Lock In – Dean is reluctant to attend the annual church lock-in until Kim tells him it’s where she got her first kiss. He enlists his friends to help him pair up with Keisa, but his plans are thwarted when he instead gets paired up with the pastor’s daughter, Charlene, on “The Wonder Years,” airing WEDNESDAY, OCT. 20 (8:30-9:00 p.m. EDT), on ABC. Watch episodes on demand and on Hulu the day following their premieres. s01e05 1×05 1.05 s1e5

THE WONDER YEARS Season 1 Episode 5 Photos The Lock In