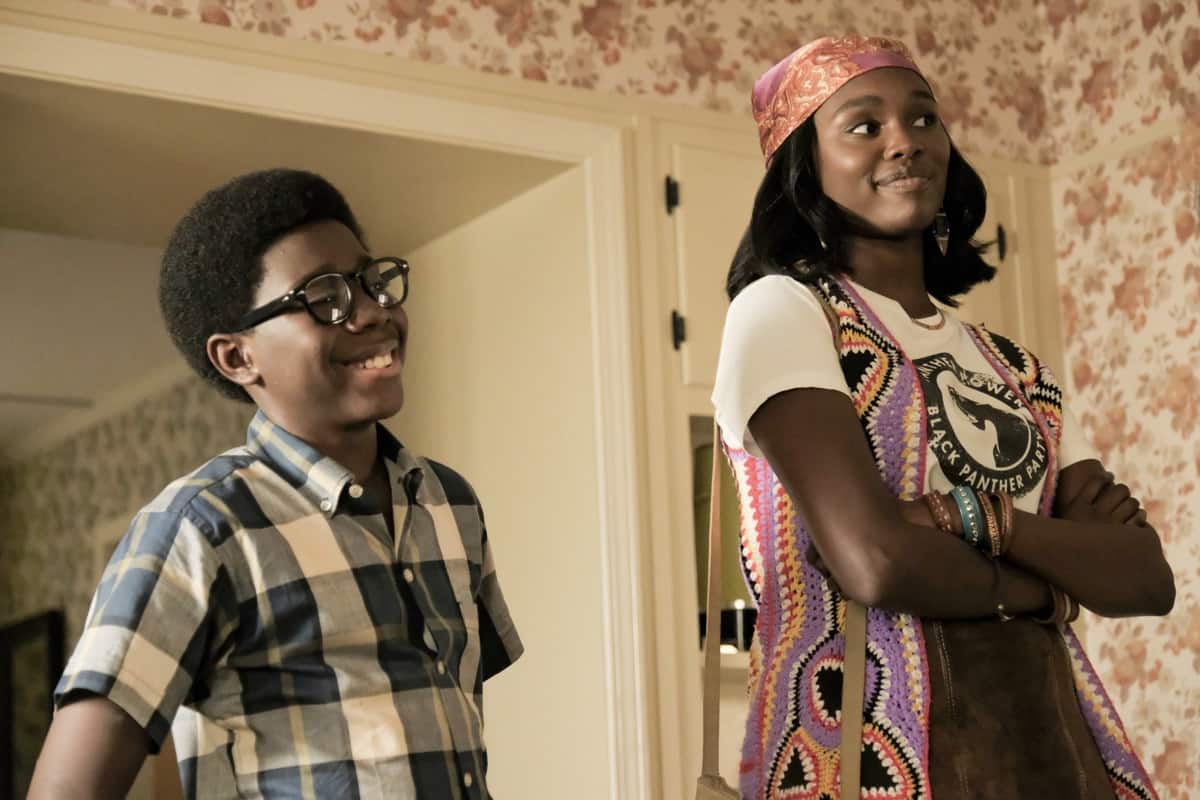 THE WONDER YEARS Season 1 Episode 2 Photos Green Eyed Monster – While Dean reckons with his first taste of heartbreak and betrayal, the adults in his life are overly empathetic and assume his grief is from mourning current events. Dean milks the special treatment and uses it to his advantage – and his family shows their support for him in their own unique ways; Kim invites him to join her at a local activist rally, while Bill and Dean bond during a fishing trip a new episode of “The Wonder Years,” airing WEDNESDAY, SEPT. 29 (8:00-8:30 p.m. EDT), on ABC. Episodes can also be viewed the next day on demand and on Hulu. s01e02 1×02 1.02 s1e2