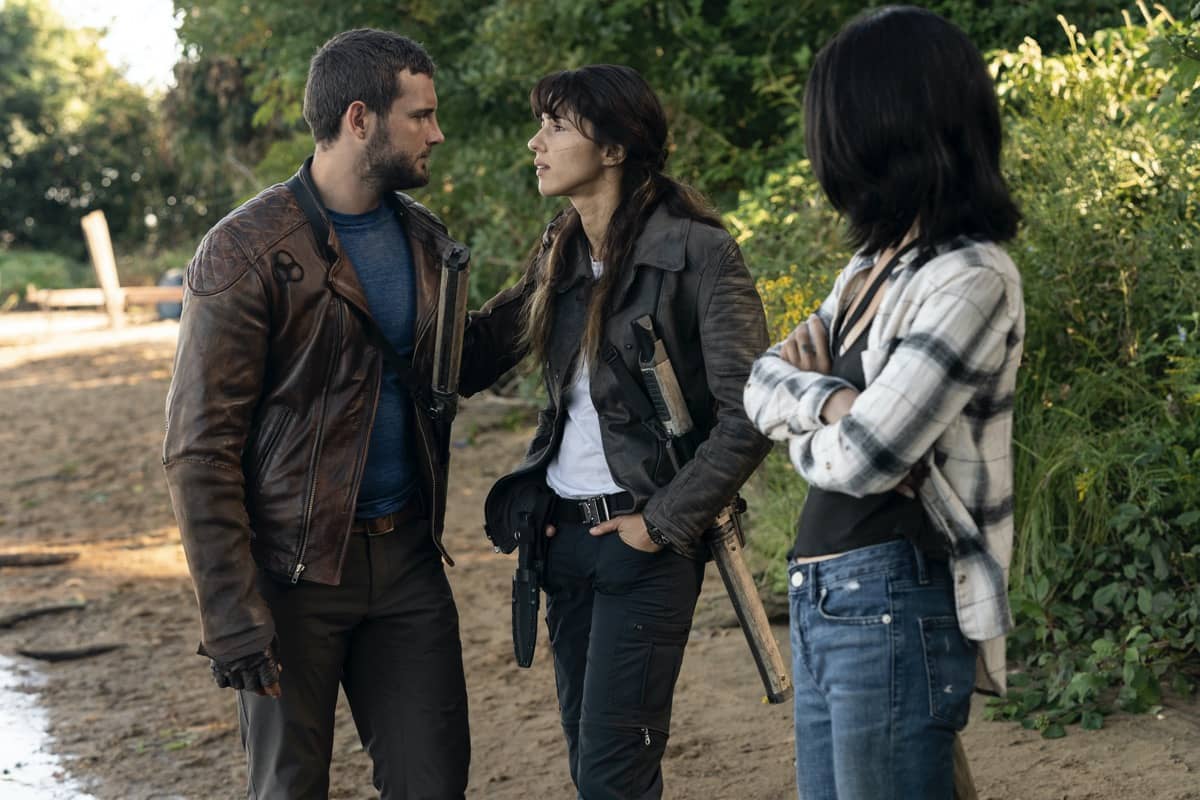 THE WALKING DEAD WORLD BEYOND Season 1 Episode 5 Photos Madman Across The Water – The group must cross a river; a plot to turn the group around hits a snag.