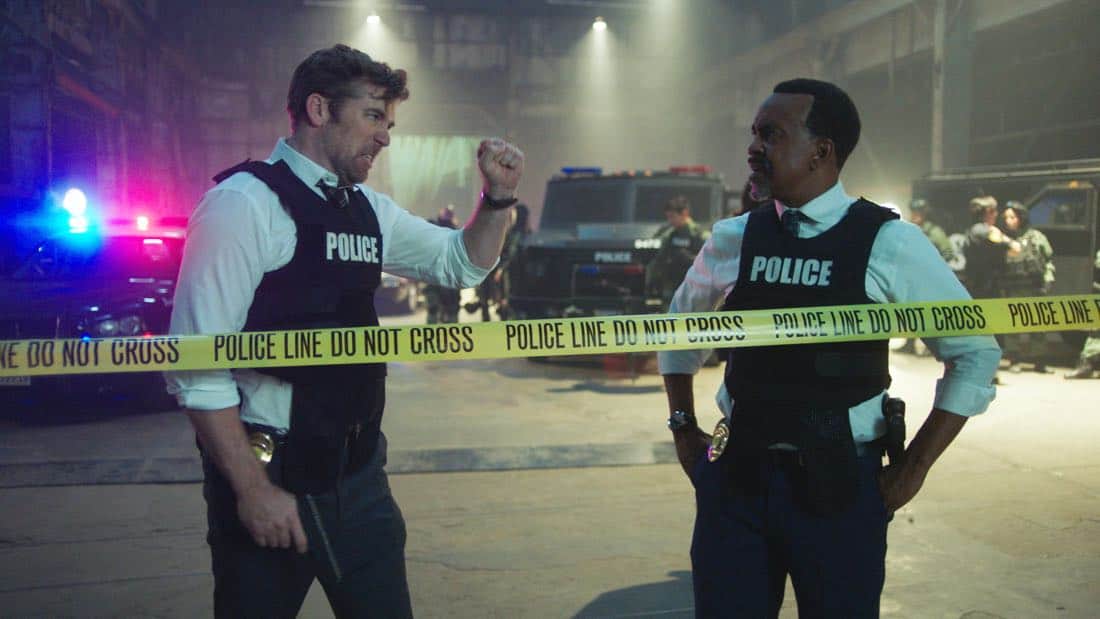 In a departure from previous seasons, the fourth season will feature all the fan favorite NO ACTIVITY characters in animated form. This season will find Special Agent Nick Cullen (Patrick Brammall) realizing his dream of joining the FBI, but he will soon discover that being an FBI agent isn’t that special after all. After being assigned to a seemingly dull observation detail, he finds a potential career case in the form of an emerging cult. A large scale operation soon takes aim at the cult but it’s unclear which side will break first. Despite the promotion, Cullen’s path continues to cross with former partner Judd Toldbeck’s (Tim Meadows), who adjusts to life with a new partner of his own.

“We are so excited to welcome back the hilarious team behind NO ACTIVITY for a fourth season and can’t wait to show fans their favorite mediocre law enforcement agents brought to life in animated form,” said Julie McNamara, Executive Vice President and Head of Programming, CBS All Access. “Patrick Brammall and Trent O’Donnell never cease to amaze with their unique wit and ability to make the mundane lives of these cops extraordinarily funny, and we’re thrilled that our long-standing partnership with Funny Or Die and Gary Sanchez Productions continues to grow and evolve. We look forward to the crazy antics and misunderstandings Cullen finds himself entangled in – and with whom – in the series’ fourth season.”

“We couldn’t be more excited for the opportunities animation will open up for the No Activity universe,” said Brammall and O’Donnell. “We love drawing and have always wanted to express ourselves creatively in that medium. Then the network saw our drawings and said they would be more comfortable hiring actual animation people. Our feelings were hurt but we’re still very excited.”

NO ACTIVITY is produced by CBS Studios in association with Funny Or Die, Jungle, and Gary Sanchez Productions, and is based on the Stan original series produced by Jungle. The series is co-developed and executive produced by Brammall and Trent O’Donnell, alongside executive producers Will Ferrell, Adam McKay, Joe Farrell, Mike Farah, Joe Hardesty and Jason Burrows. Nina Pedrad, Steve Toltz, and Becca Kinskey serve as co-executive producers. As in previous seasons, O’Donnell will direct all episodes. Flight School Studio serves as the animation studio for the upcoming season.

Season four of NO ACTIVITY joins CBS All Access’ growing slate of original series that currently includes THE GOOD FIGHT, THE TWILIGHT ZONE, TOONING OUT THE NEWS, WHY WOMEN KILL, INTERROGATION, THE THOMAS JOHN EXPERIENCE, THAT ANIMAL RESCUE SHOW and TELL ME A STORY, as well as the upcoming limited event series THE STAND, TEXAS 6, THE MAN WHO FELL TO EARTH, THE HARPER HOUSE, FOR HEAVEN’S SAKE and GUILTY PARTY. CBS All Access is also the exclusive domestic home to STAR TREK: DISCOVERY, STAR TREK: PICARD, the animated series STAR TREK: LOWER DECKS and the U.S.S Enterprise set series STAR TREK: STRANGE NEW WORLDS