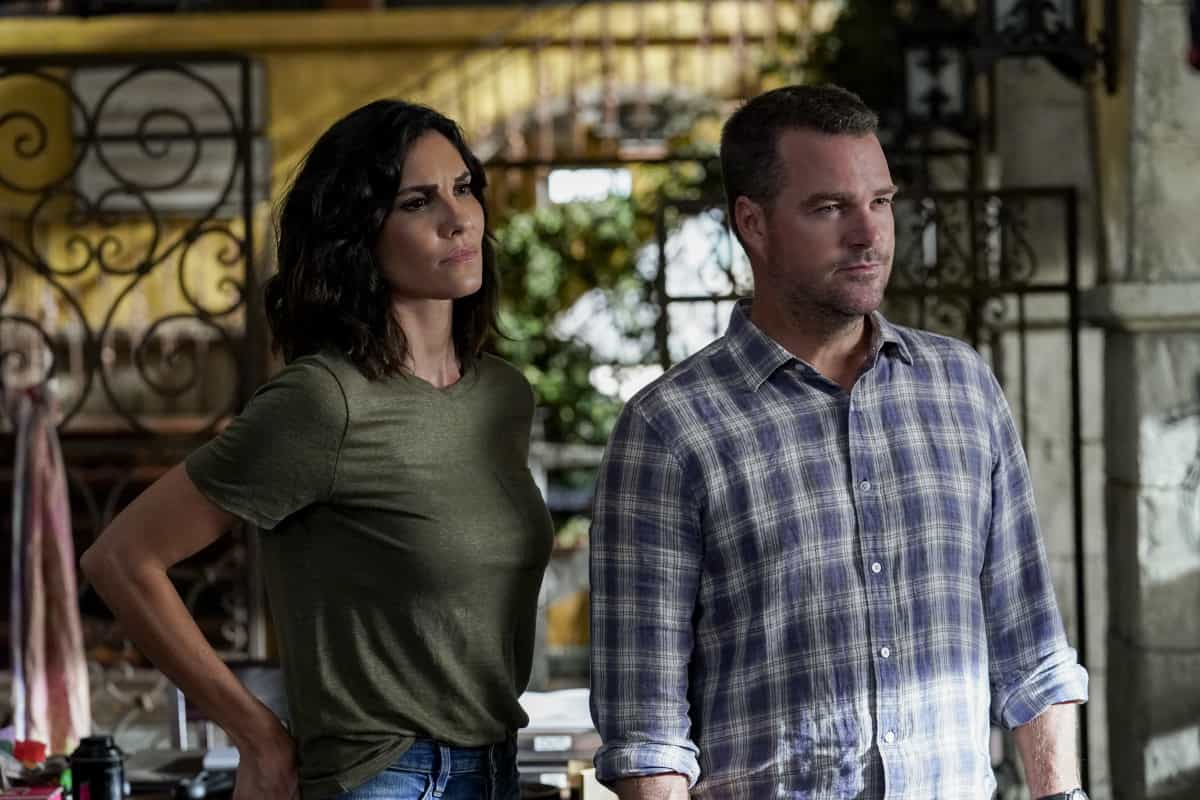 NCIS LOS ANGELES Season 13 Episode 4 Photos Sorry For Your Loss – As Callen continues hunting Katya, Kilbride enlists NCIS to help find a truckload of stolen guns. The assignment becomes more challenging when their suspect, the son of a mob boss they believe was planning to sell them, is found dead, on NCIS: LOS ANGELES, Sunday, Oct. 31 (9:00-10:00 PM, ET/PT) on the CBS Television Network, and available to stream live and on demand on Paramount+. s13e04 13×04 13.04 s13e4