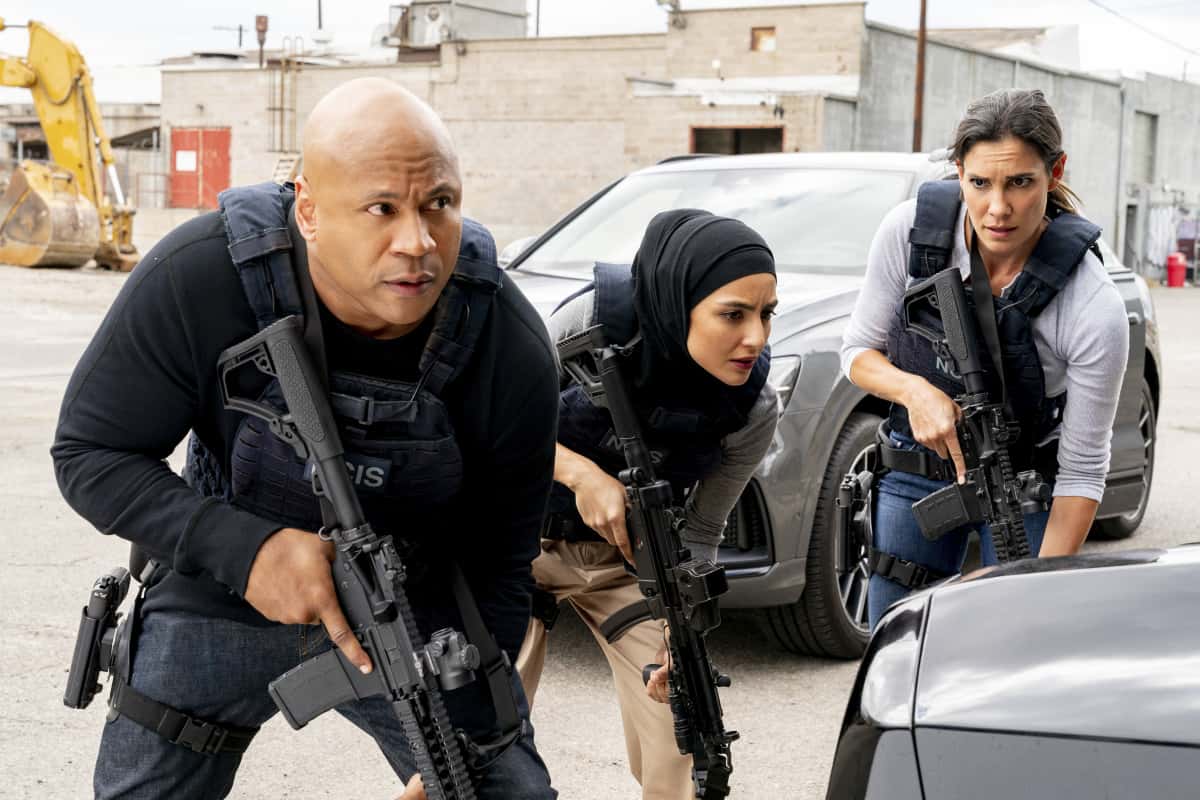 NCIS LOS ANGELES Season 13 Episode 1 Photos Subject 17 – While Callen suspects Hetty of keeping secrets about his past and Joelle surfaces in her quest to capture Katya, NCIS must track down an informant whose life is in danger. Also, Kensi and Deeks work to expand their family, on the 13th season premiere of NCIS: LOS ANGELES, Sunday, Oct. 10 (9:00-10:00 PM, ET/PT) on the CBS Television Network, and available to stream live and on demand on Paramount+. s13e01 13×01 13.01 s13e1