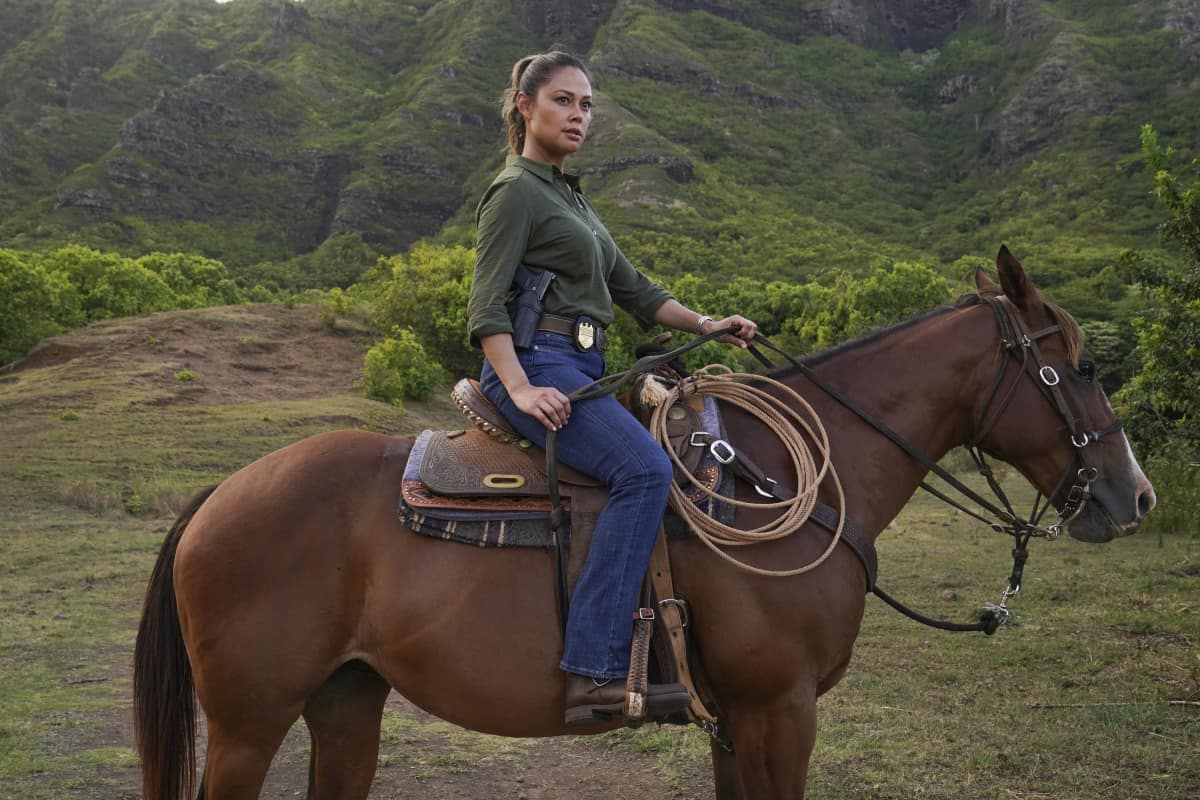 NCIS HAWAII Season 1 Episode 4 Photos Paniolo – When a beloved Paniolo (Hawaiian cowboy) is shot while out riding his horse, Jane and her team must gain the trust of the Paniolo community to help find the culprits and protect the Paniolo’s life. Also, Kai tries to convince his stubborn father to see a doctor, on NCIS: HAWAI`I, Monday, Oct. 11 (10:00-11:00 PM, ET/PT) on the CBS Television Network, and available to stream live and on demand on Paramount+. s01e04 1×04 1.04 s1e4