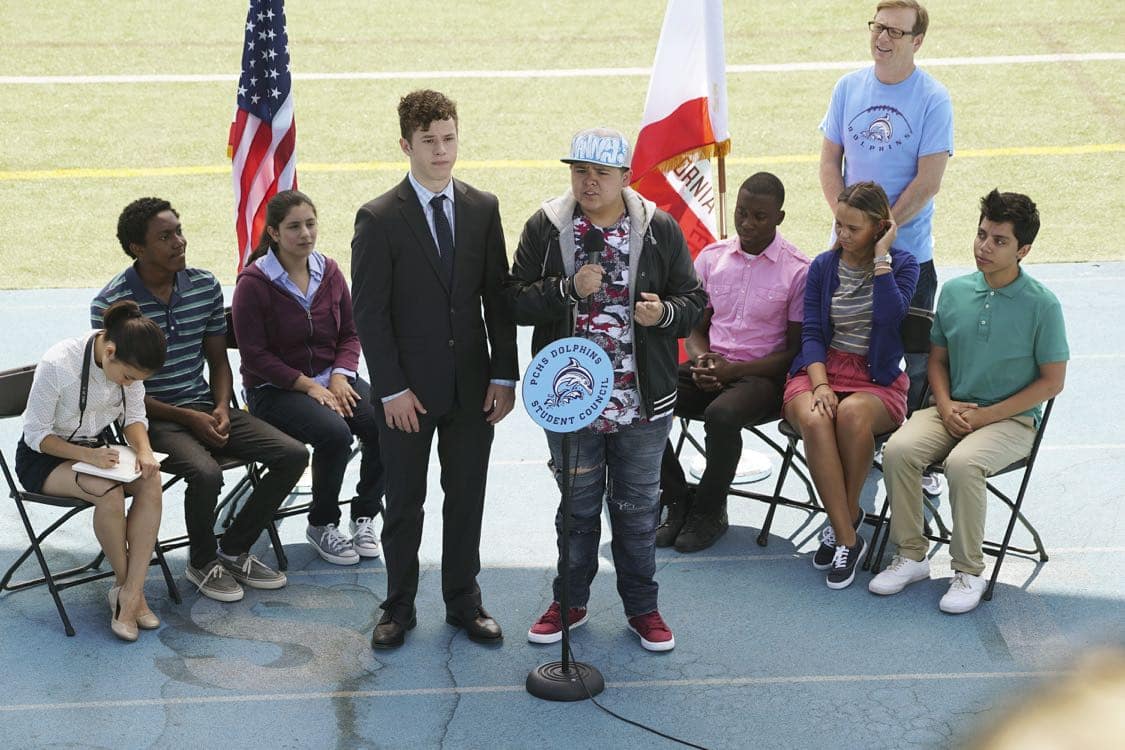 Promotional pictures from Modern Family season 8 episode 3 “Blindsided” – The Dunphys and Pritchett’s are going head-to-head when Luke decides his best chance at getting into college is running for senior class president against Manny. The outcome of this election is even more important to Jay, Gloria and Claire, who prove to be dubious campaign managers. Now that Haley has started her own promotion business, Phil insists on introducing her to marketing guru Merv Schechter (played by Martin Short), who hasn’t seen a stress ball he can’t slap a logo on yet. Meanwhile, Cam finds out his star football player is moving away and makes a rash decision that is going to make home life a little cramped for Mitch and Cam on “Mondern Family,” Wednesday, October 5(9:00-9:30 p.m. EDT), on the ABC Television Network.