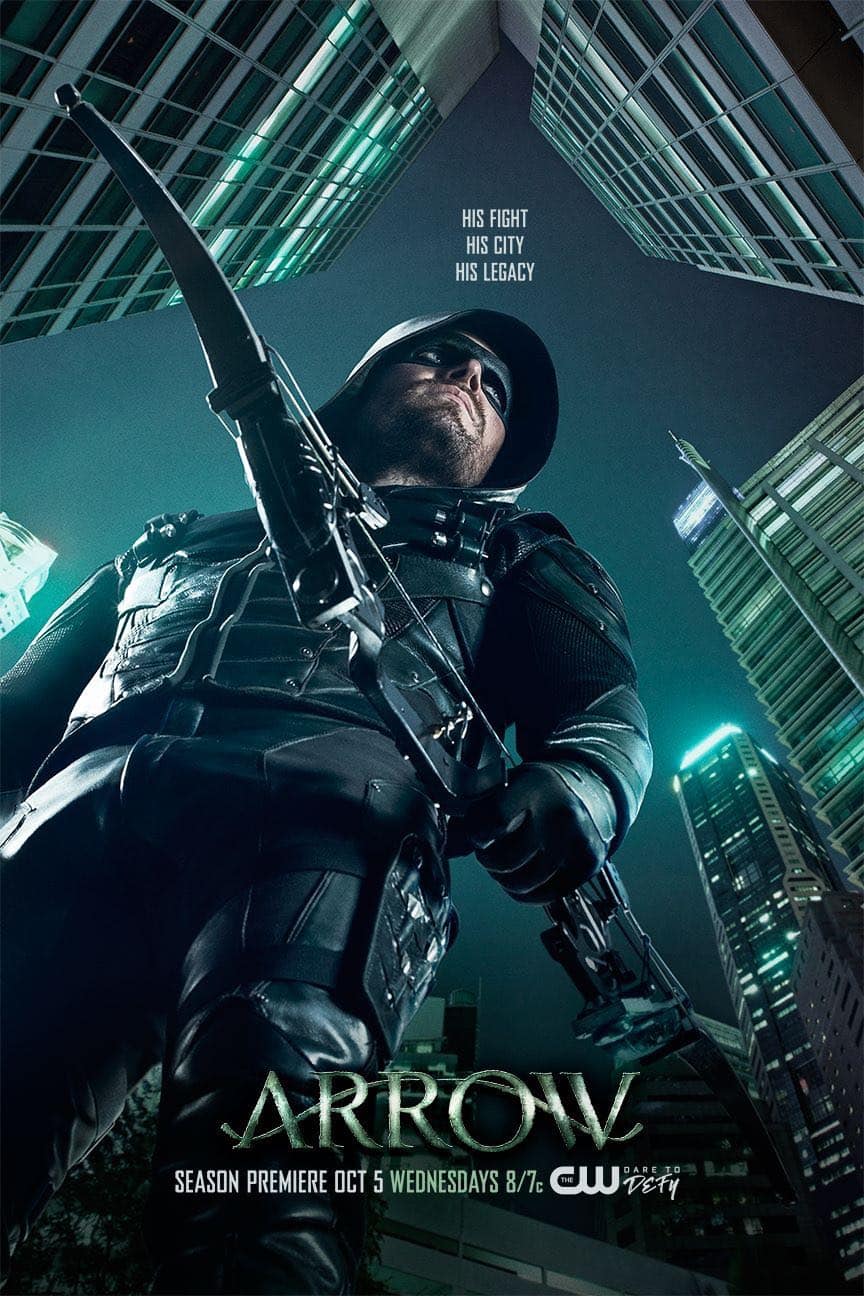 After a violent shipwreck, billionaire playboy Oliver Queen (Stephen Amell) was missing and presumed dead for five years before being discovered alive on a remote island in the South China Sea.  Oliver returned home to Starling City, bent on righting the wrongs of his family and fighting injustice.  To do this, he created the persona of The Arrow and allied himself with former military man John Diggle (David Ramsey), computer-science expert Felicity Smoak (Emily Bett Rickards), lawyer-turned-vigilante Laurel Lance (Katie Cassidy), billionaire inventor Ray Palmer (Brandon Routh) and his sister Thea Queen (Willa Holland).

After years of denying himself his own life as Oliver Queen in order to be The Arrow, Oliver left Starling City with Felicity and made a home in suburbia, where she is running Ray’s company remotely, after his mysterious death.  But their newly tranquil lives are upended when Laurel and Thea arrive to recruit Oliver to save Starling City, now renamed Star City, from an evil new organization, H.I.V.E.  Oliver must return to Star City and don the hood once more. But can he keep his aim as The Arrow this time without losing the life he has fought so hard to get back?