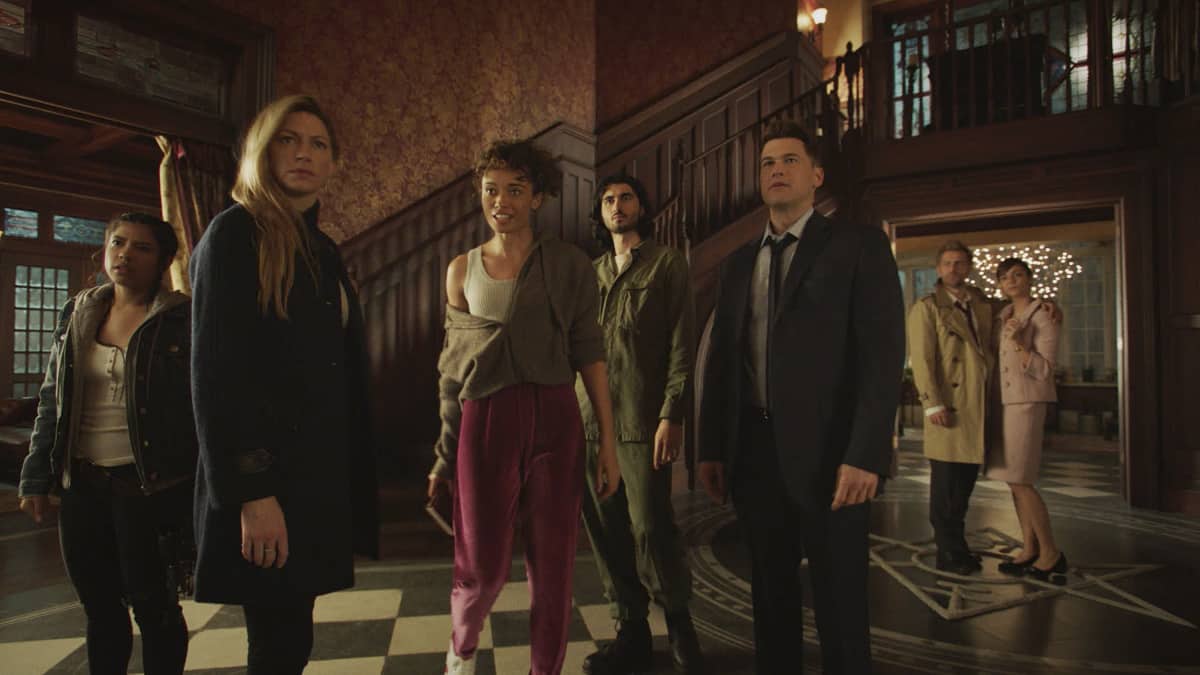 LEGENDS OF TOMORROW Season 6 Episode 5 Photos The Satanist’s Apprentice – BE CAREFUL WHAT YOU WISH FOR – With Astra (Olivia Swann) now a mortal, she finds it hard to adapt to the real world with no guidance from Constantine (Matt Ryan). Frustrated and lonely, Astra makes a new friend who promises to help her, but her eagerness for the easy way out could have some real repercussions for those closest to her. Meanwhile, Sara (Caity Lotz) meets the person responsible for her kidnapping and tries to convince others to help her escape.

fter one of their own is abducted by a ruthless alien, this new mission becomes personal. Fighting against aliens in the timeline while also working to bring back their missing team mate, it will take more than the combined powers of a dark magician, John Constantine (Matt Ryan); a semi-reformed arsonist and Waverider O.G., Mick Rory (Dominic Purcell); a historian who transforms into steel, Nate Heywood (Nick Zano); a fresh out of Hell Astra Logue (Olivia Swann); and a brother-sister air-totem-wielding duo, Zara Tarazi (Tala Ashe) and Behrad Tarazi (Shayan Sobhian) to save the world (and beyond) for a sixth time.