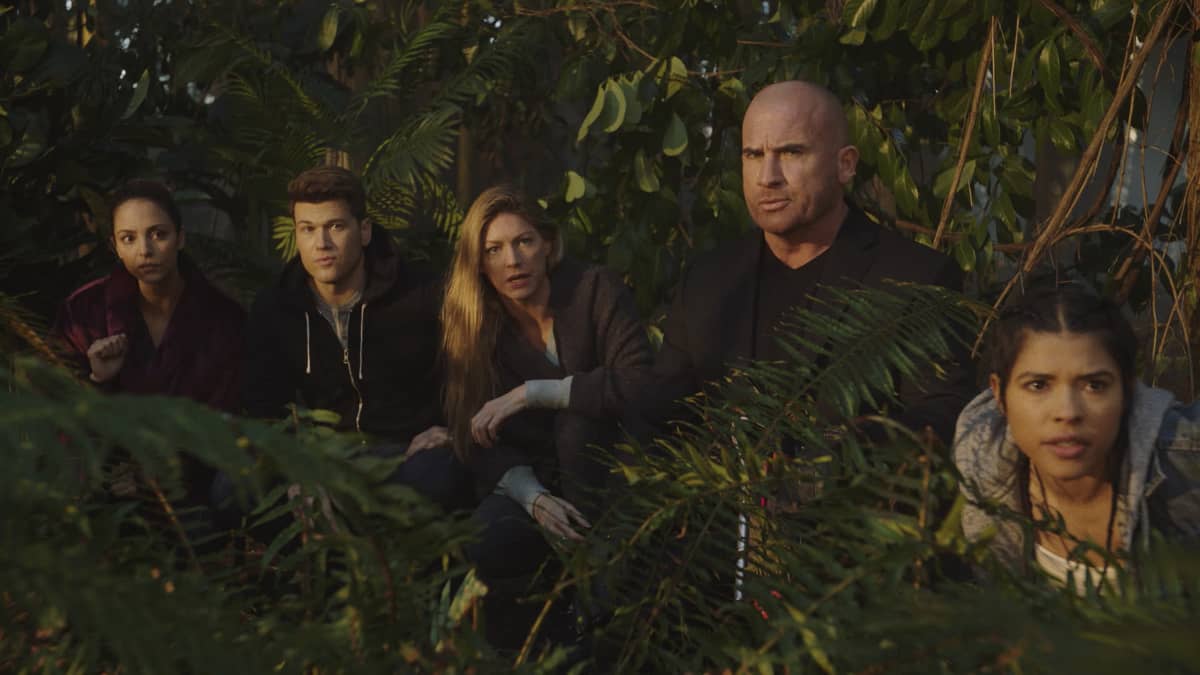 LEGENDS OF TOMORROW Season 6 Episode 4 Photos Bay Of Squids FOLLOWING ORDERS – The Legends are shocked when Rory (Dominc Purcell) takes command and manages to find the location of an important Alien, but he also lands them in the middle of the Cuban Missile Crisis. Ava (Jes Macallan) is eager to question the Alien, but they must steal it back from the Cubans and Russians who think it is bio-warfare sent by the Americans. The team makes the decision to split up, leaving Nate (Nick Zano) and Zari (Tala Ashe) to work together to stop a nuclear disaster alongside JFK while Behrad (Shayan Sobhian) tries to leverage his newfound friendship to stop Castro from starting a war.

Meanwhile, with Spooner’s (Lisseth Chavez) help, Rory makes an unlikely deal that could lead him on a solo mission to find Sara (Caity Lotz).