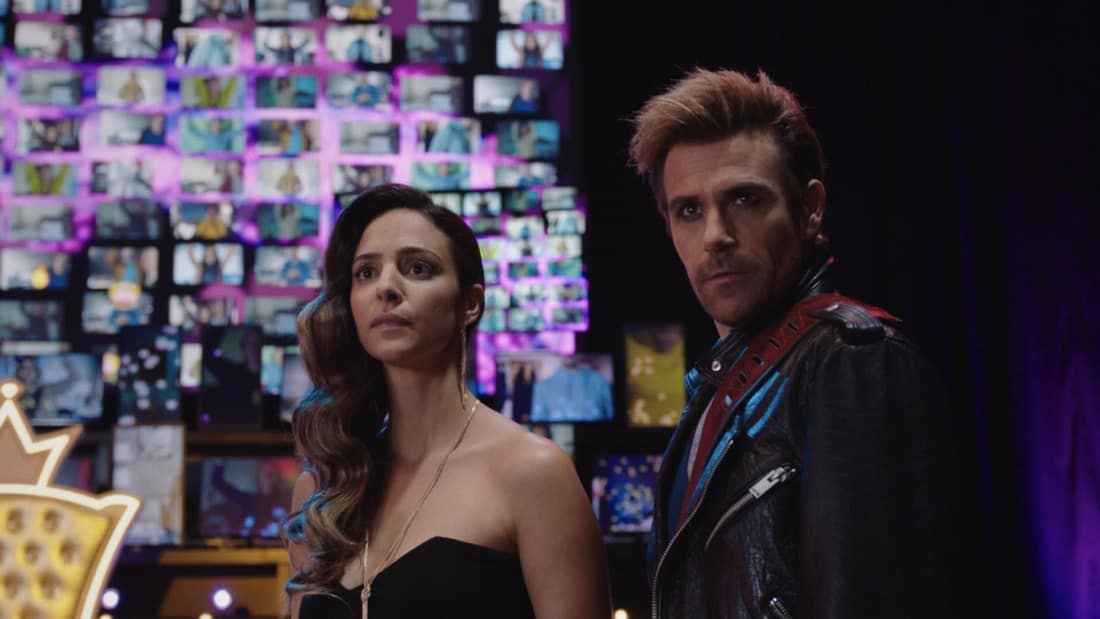 LEGENDS OF TOMORROW Season 6 Episode 3 Photos The Ex-Factor – ON THE BIG STAGE – The Legends find themselves in 2045 trying to defeat an Alien warrior which leaves Zari (Tala Ashe) no choice but to enter a popular singing competition. Ava (Jes Macallan) has finally had enough of Rory’s (Dominic Purcell) behavior and with the encouragement of Spooner (Lisseth Chavez), gives him some tough love. Sara (Caity Lotz) finds herself struggling after being attacked but someone familiar helps her to keep searching for refuge. Meanwhile, Zari and Constantine (Matt Ryan) have a much-needed conversation with each other.