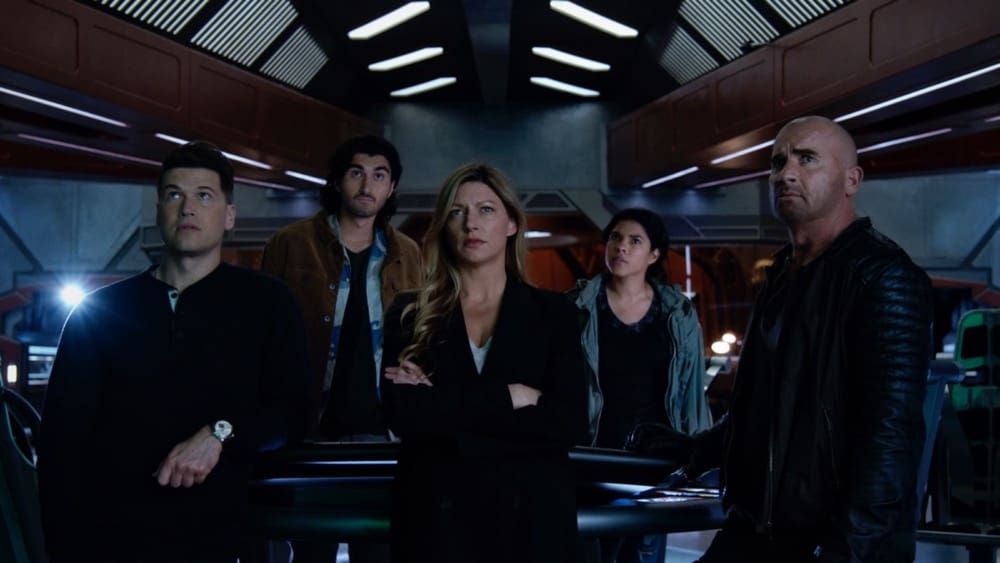 LEGENDS OF TOMORROW Season 6 Episode 1 Photos Ground Control To Sara Lance A MISSING CAPTAIN – After a night of celebrating their beating the Fates, the Legends quickly discover that Sara (Caity Lotz) is missing. Trying to keep it together, the Legends are shocked to discover that she was taken by Aliens. Ava (Jes Macallan) sends Rory (Dominic Purcell) and Behrad (Shayan Sobhian) to follow a lead on who can possibly help them find Sara, while Constantine (Matt Ryan) tries to work his magic. Meanwhile, Sara does all she can to try to escape, which includes releasing Aliens into the timeline, but is shocked to learn who one of her kidnappers turns out to be. Nick Zano, Tala Ashe, Olivia Swann, Adam Tsekham and Lisseth Chavez also star. Kevin Mock directed the episode written by James Eagan & Mark Bruner (601). Original airdate 5/02/2021 s06e01 6×01 6.01 s6e1