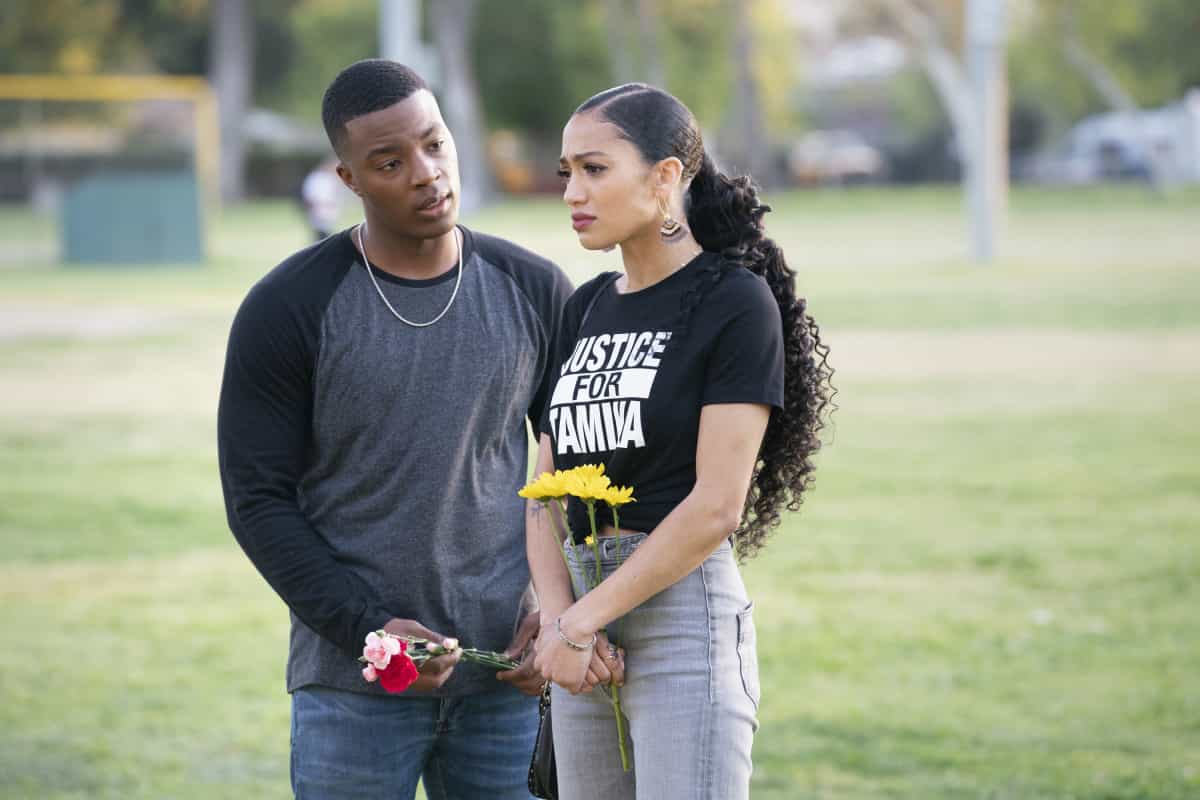 ALL AMERICAN Season 3 Episode 11 Photos The Bigger Picture A LITTLE HELP – When a college scout comes to talk to Spencer (Daniel Ezra), he must decide if the strings attached is worth it. Billy (Taye Diggs) realizes that the recruiting game has changed and has an idea on how to help his players. A police shooting of a young black woman hits to close to home for Olivia (Samantha Logan), leaving her to take drastic measures to get justice. Jordan is struggling with everything going on, so Spencer, Asher (Cody Christian) and JJ (guest star Hunter Clowdus) try to help him out. Layla (Greta Onieogou) is inspired by Coop (Bre-Z) when Coop does something selfless and for a good cause.