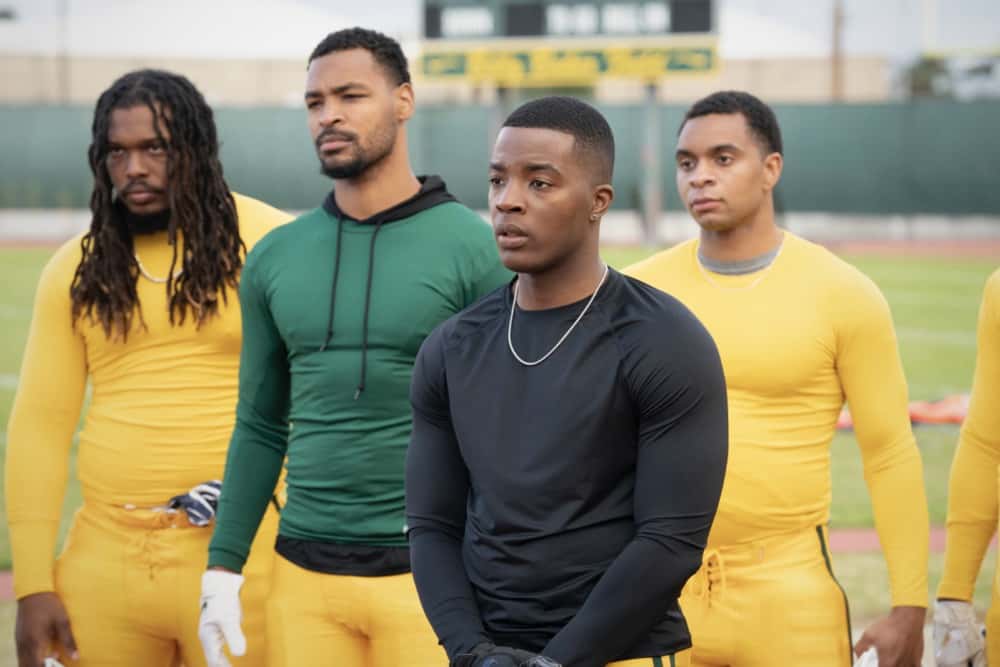 ALL AMERICAN Season 3 Episode 10 Photos Put Up Or Shut Up – IT’S NOW OR NEVER – Spencer (Daniel Ezra) is feeling the pressure and knows he needs to have the game of his life as he is still trying to follow his dream of playing football. Jordan (Michael Evans Behling) makes a risky choice when it comes to football. Olivia (Samantha Logan) attends a new Narcotics Anonymous in search of a sponsor but is worried about making the wrong choice. Coop (Bre-Z) reveals some information to Layla (Greta Onieogou) about Layla’s dad. Meanwhile, Billy (Tay Diggs) and Laura (Monet Mazur) are shocked when they hear what Jordan has been keeping from them.