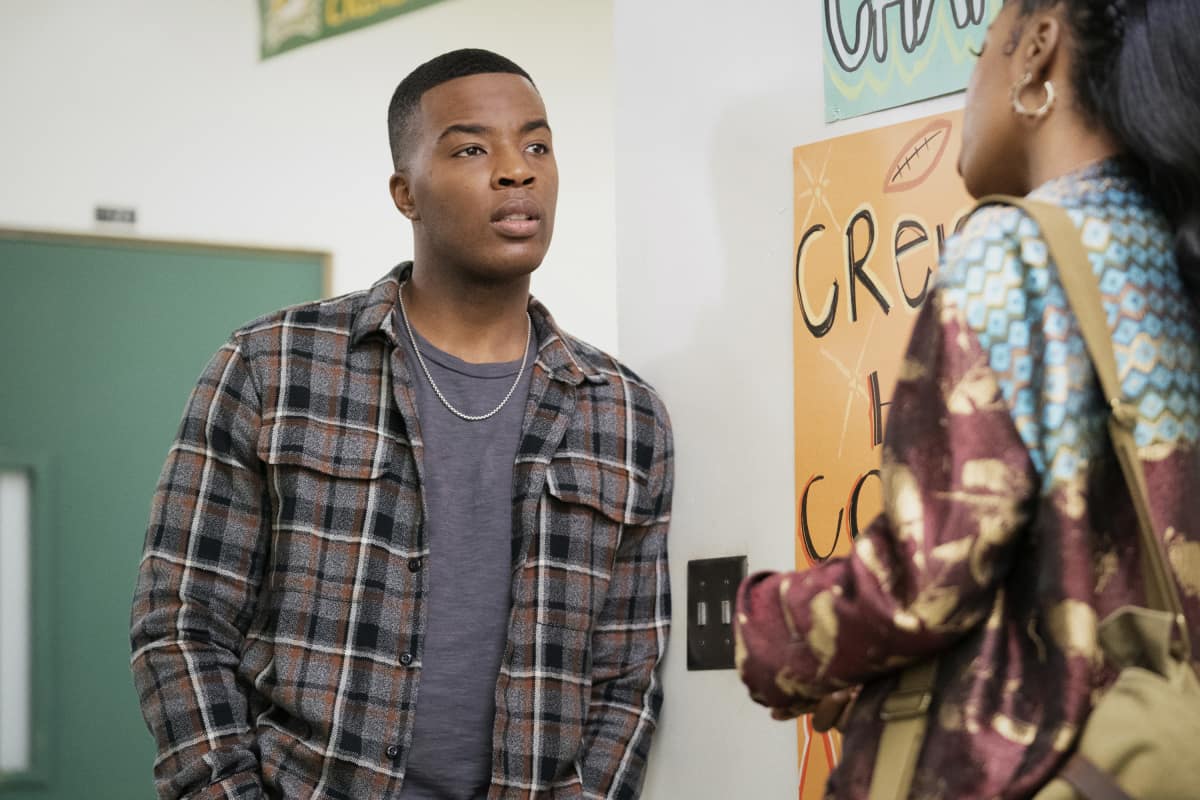 ALL AMERICAN Season 3 Episode 8 Photos Canceled – “Canceled” FRESH START – With Homecoming King and Queen nominations being announced, neither Spencer (Daniel Ezra) nor Coop (Bre-Z) seem to be in a celebratory mood with everything going on. Laura (Monet Mazur) notices that Olivia (Samantha Logan) has become more withdrawn and allows Olivia and Jordan (Michael Evans Behling) to both take a mental health day and get some much-needed twin bonding time. Things get heated with Layla (Greta Onieogou) and Olivia (Samantha Logan), leaving Olivia to get some much-needed clarity. Meanwhile, Billy (Taye Diggs) is frustrated with the interim principal’s new rules, leaving Spencer to come up with a game plan with a little help from Grace (Karimah Westbrook). Monet Mazur and Cody Christian also star. Avi Youabian directed the episode written by Jameal Turner & Cam’ron Moore. (#308). Original airdate 3/8/2021. s03e08 3×08 3.08