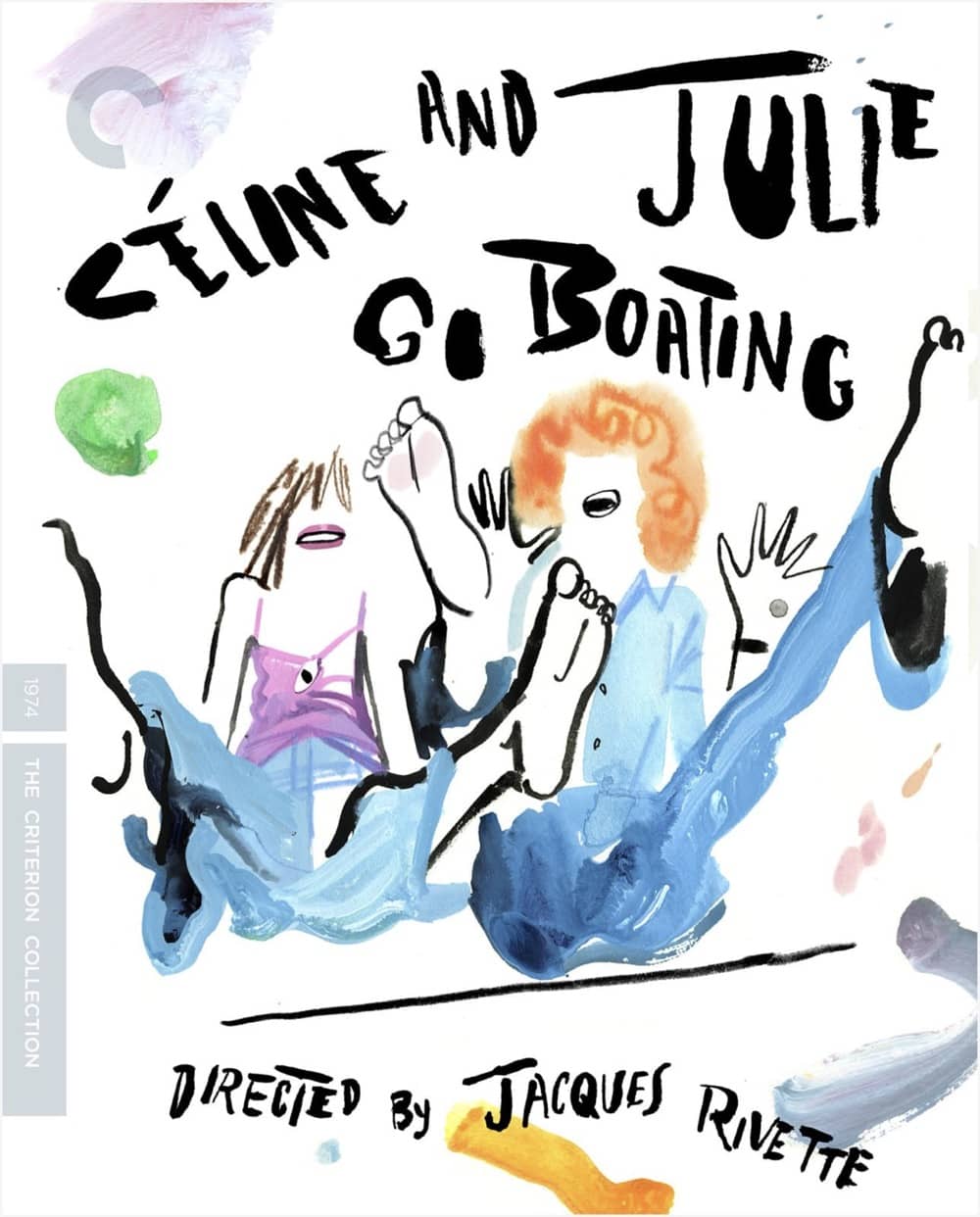 For the final new-release announcement of the year, we’re unveiling upcoming editions of a satirical afterlife comedy by Albert Brooks, an enigmatic ode to friendship and imagination from Jacques Rivette, the Palme d’Or–winning family drama that made Mike Leigh one of the world’s most beloved auteurs, and Djibril Diop Mambéty’s convention-shattering debut feature. Plus, our recently announced seven-film World of Wong Kar Wai box set!

Céline and Julie Go Boating
Whiling away a summer in Paris, director Jacques Rivette, working in close collaboration with his stars and coconspirators Juliet Berto and Dominique Labourier, set out to rewrite the rules of cinema in the spirit of pure play—moviemaking as an anything-goes romp through the labyrinths of imagination. The result is one of the most exuberantly inventive and utterly enchanting films of the French New Wave, in which Julie (Labourier), a daydreaming librarian, meets Céline (Berto), an enigmatic magician, and together they become the heroines of a time-warping adventure involving a haunted house, psychotropic candy, and a murder-mystery melodrama. Incorporating allusions to everything from Lewis Carroll to Louis Feuillade, Céline and Julie Go Boating is both one of the all-time-great hangout comedies and a totally unique, enveloping cinematic dream space that delights in the endless pleasures and possibilities of stories. 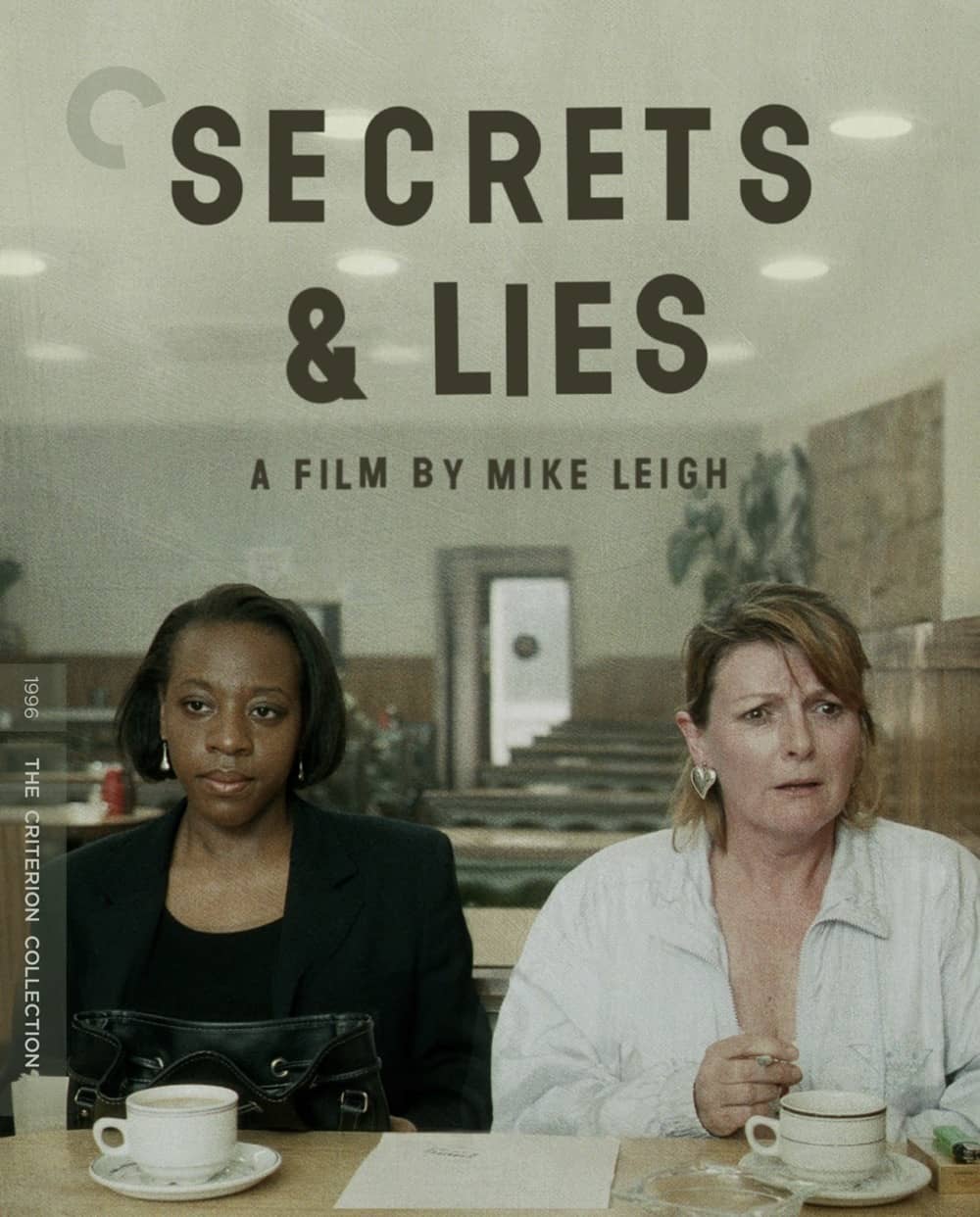 Secrets & Lies
Writer-director Mike Leigh reached new levels of expressive power and intricacy in his ongoing contemplation of unembellished humanity with this resonant exploration of the deceptions, small and large, that shape our relationships to those we love. When Hortense (Marianne Jean-Baptiste), a Black optometrist who was adopted as a child, begins the search for her birth mother, she doesn’t expect that it will lead her to Cynthia (Brenda Blethyn, winner of the Cannes Film Festival’s best actress award), a desperately lonely white factory worker whose tentative embrace of her long-lost daughter sends shock waves through the rest of her already fragile family. Born from a painstaking process of rehearsal and improvisation with a powerhouse ensemble cast, Secrets & Lies is a Palme d’Or–winning tour de force of sustained tension and catharsis that lays bare the emotional fault lines running beneath the surface of everyday lives. 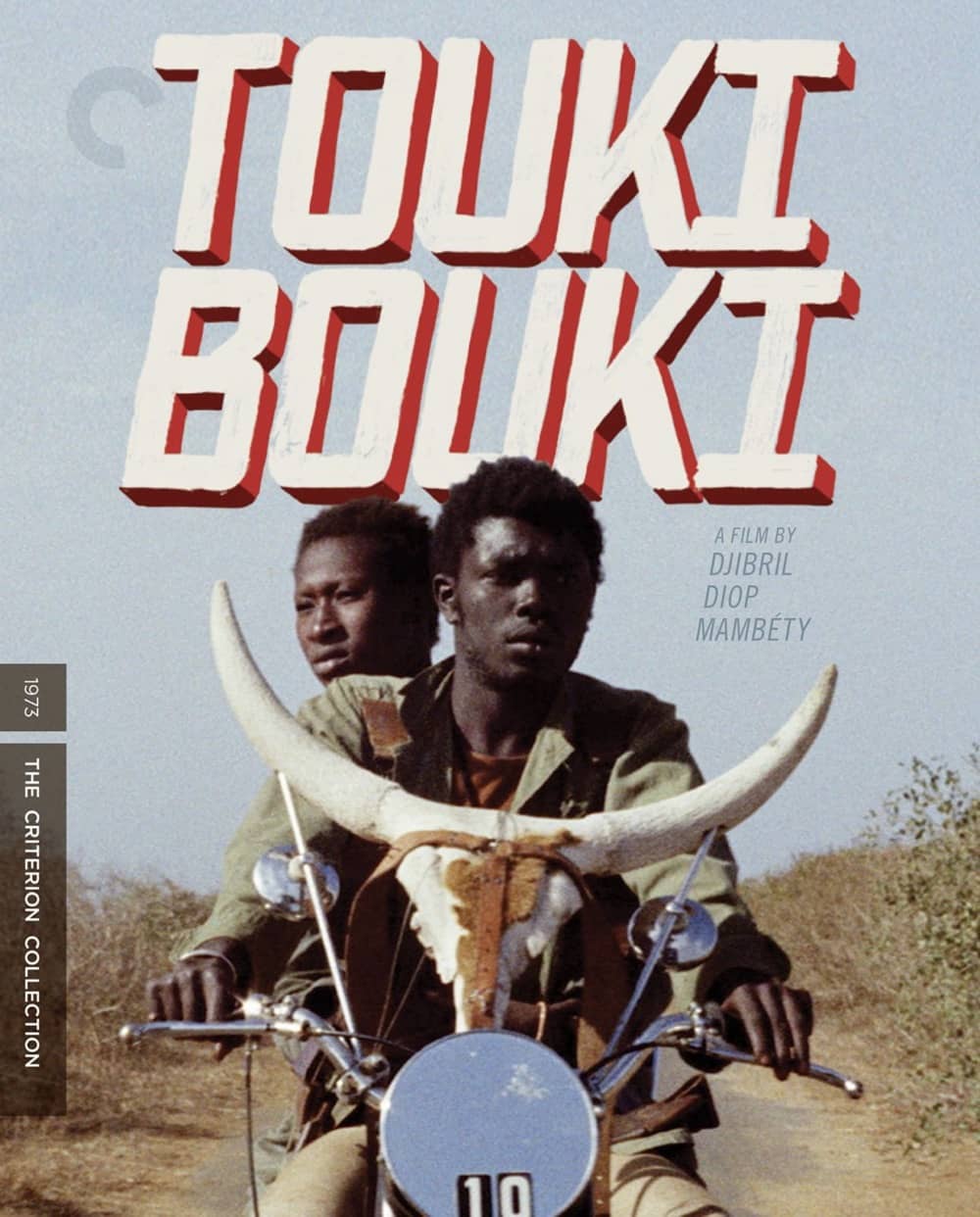 Touki bouki
With a stunning mix of the surreal and the naturalistic, Djibril Diop Mambéty paints a fractured portrait of the disenchantment of postindependence Senegal in the early 1970s. In this picaresque fantasy-drama, the disaffected young lovers Anta and Mory, fed up with Dakar, long to escape to the glamour and comforts they imagine France has to offer, but their plan is confounded by obstacles both practical and mystical. Alternately manic and meditative, Touki bouki has an avant-garde sensibility characterized by vivid imagery, bleak humor, unconventional editing, and jagged soundscapes, and it demonstrates Mambéty’s commitment to telling African stories in new ways.

Touki Bouki was restored in 2008 by the Cineteca di Bologna/L’Immagine Ritrovata laboratory, in association with The Film Foundation’s World Cinema Project and the family of Djibril Diop Mambéty. Restoration funded by Armani, Cartier, Qatar Airways, and Qatar Museum Authority. 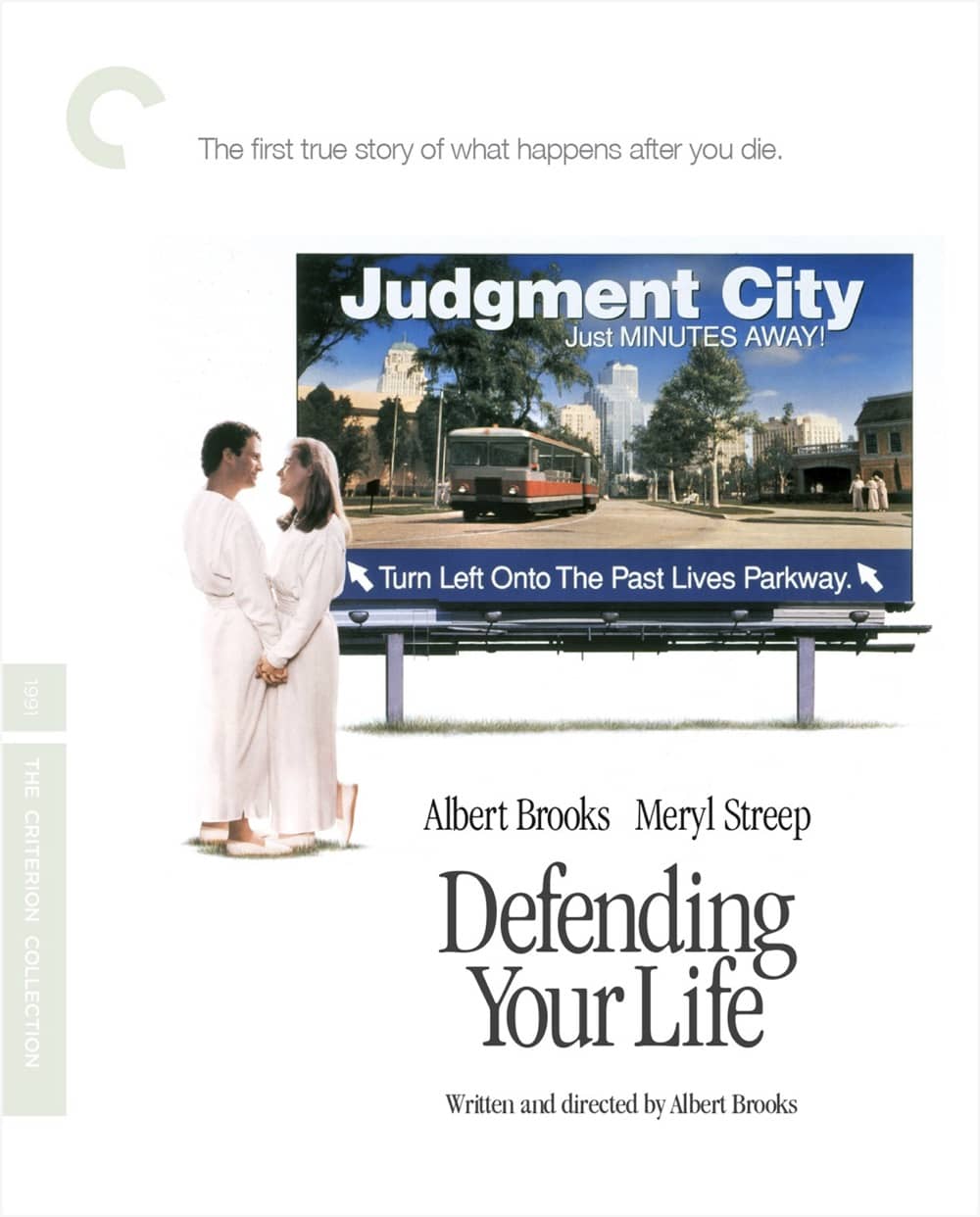 Defending Your Life
Is there love after death? Acerbic everyman Albert Brooks finds a perfect balance between satirical bite and romantic-comedy charm as the writer, director, and star of this wonderfully warm and imaginative existential fantasy. After he dies suddenly, the hapless advertising executive Daniel Miller (Brooks) finds himself in Judgment City, a gleaming way station where the newly deceased must prove they lived a life of sufficient courage to advance in their journey through the universe. As the self-doubting Daniel struggles to make his case, a budding relationship with the uninhibited Julia (Meryl Streep) offers him a chance to finally feel alive. Buoyed by a brilliant supporting cast that includes Rip Torn, Lee Grant, and Buck Henry, Defending Your Life is a rare feat of personal, philosophical filmmaking that happens to also be divinely entertaining. 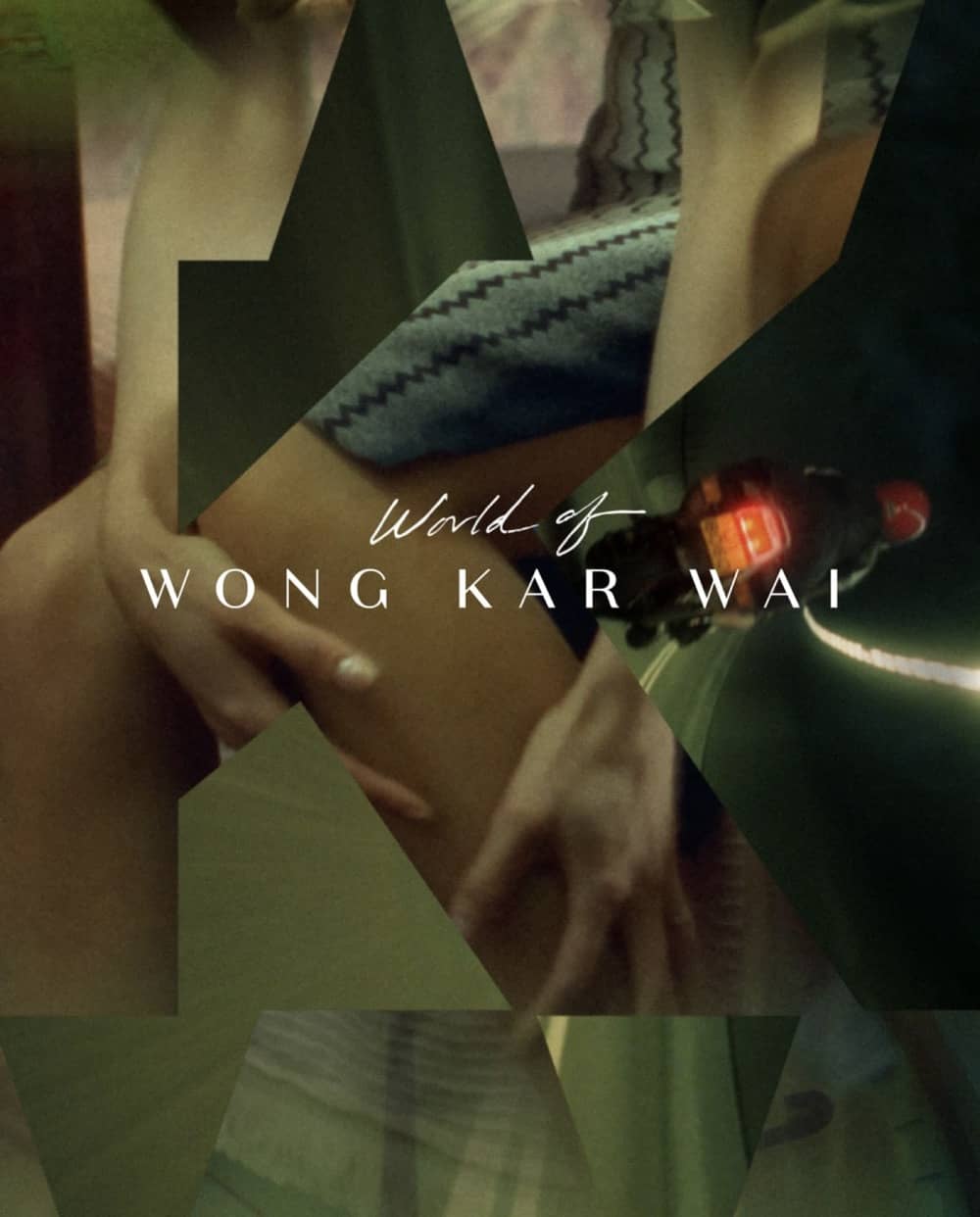 World of Wong Kar Wai
With his lush and sensual visuals, pitch-perfect soundtracks, and soulful romanticism, Wong Kar Wai has established himself as one of the defining auteurs of contemporary cinema. Joined by such key collaborators as cinematographer Christopher Doyle; editor and production and costume designer William Chang Suk Ping; and actors Tony Leung Chiu Wai and Maggie Cheung Man Yuk, Wong (or WKW, as he is often known) has written and directed films that have enraptured audiences and critics worldwide and inspired countless other filmmakers with their poetic moods and music, narrative and stylistic daring, and potent themes of alienation and memory. Whether they’re tragically romantic, soaked in blood, or quirkily comedic, the seven films collected here are an invitation into the unique and wistful world of a deeply influential artist.