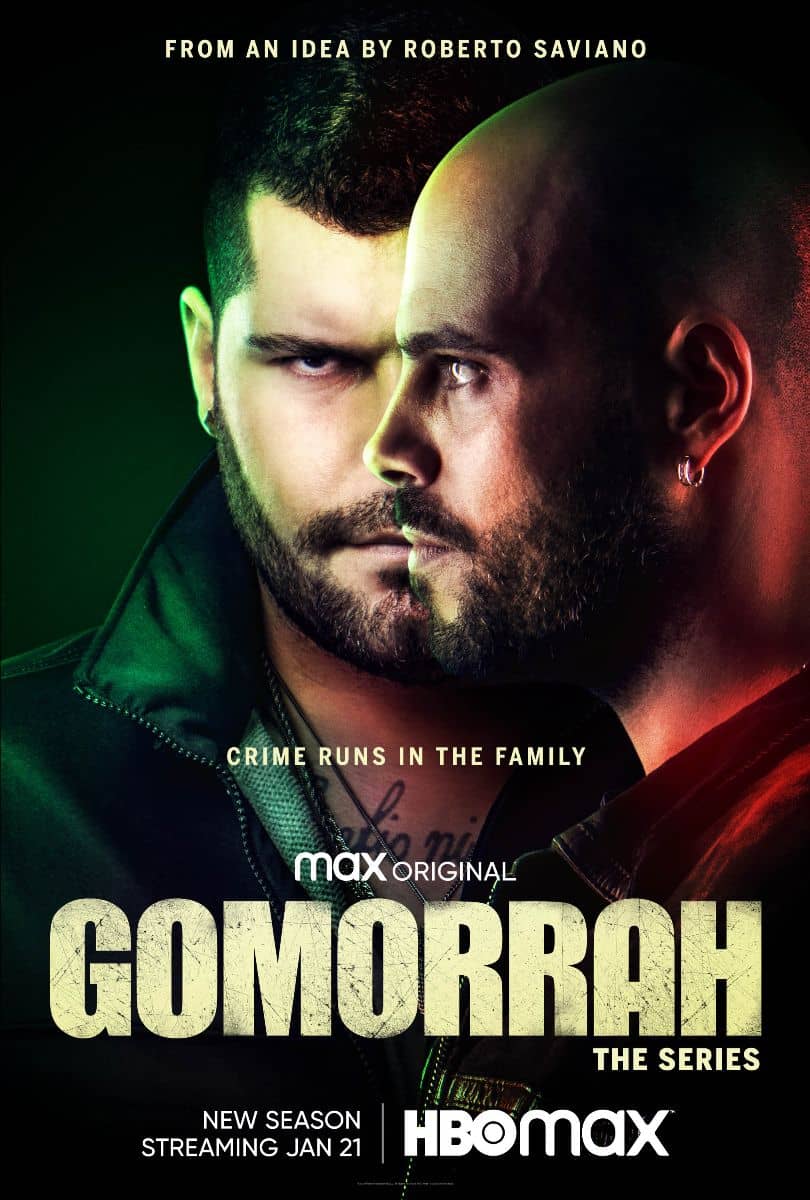 HBO Max will launch the entire third season of Max Original GOMORRAH for the first time ever to U.S. audiences THURSDAY, JANUARY 21.

Genny (Salvatore Esposito) takes control and ultimately rules over Naples and Rome. Within his network two women rise to power: Annalisa (Cristina Donadio), named “Scianel”, a key drug pusher and a natural leader, and Patrizia (Cristiana Dell’Anna), one of Genny’s most faithful foot soldiers. When Ciro (Marco D’Amore) forms a new partnership with the young and ambitious Enzo (Arturo Muselli), a light that once vanished from Ciro’s eyes reappears. The former street-level drug dealers cast their net far beyond the city of Naples and the borders of Italy. Genny, Ciro and Enzo are about to make peace, when Enzo demands a sacrifice.

GOMORRAH will be featured in a new International genre page on HBO Max alongside a curated selection of programming from all around the world, with titles ranging from drama to comedy to thrillers. GOMORRAH is the latest programming made available to U.S. subscribers and joins Max Originals “Valley of Tears” and “Veneno,” HBO Europe’s “Patria,” and classics from the HBO Max library including “City of God,” “Cinema Paradiso” and “Life is Beautiful.”