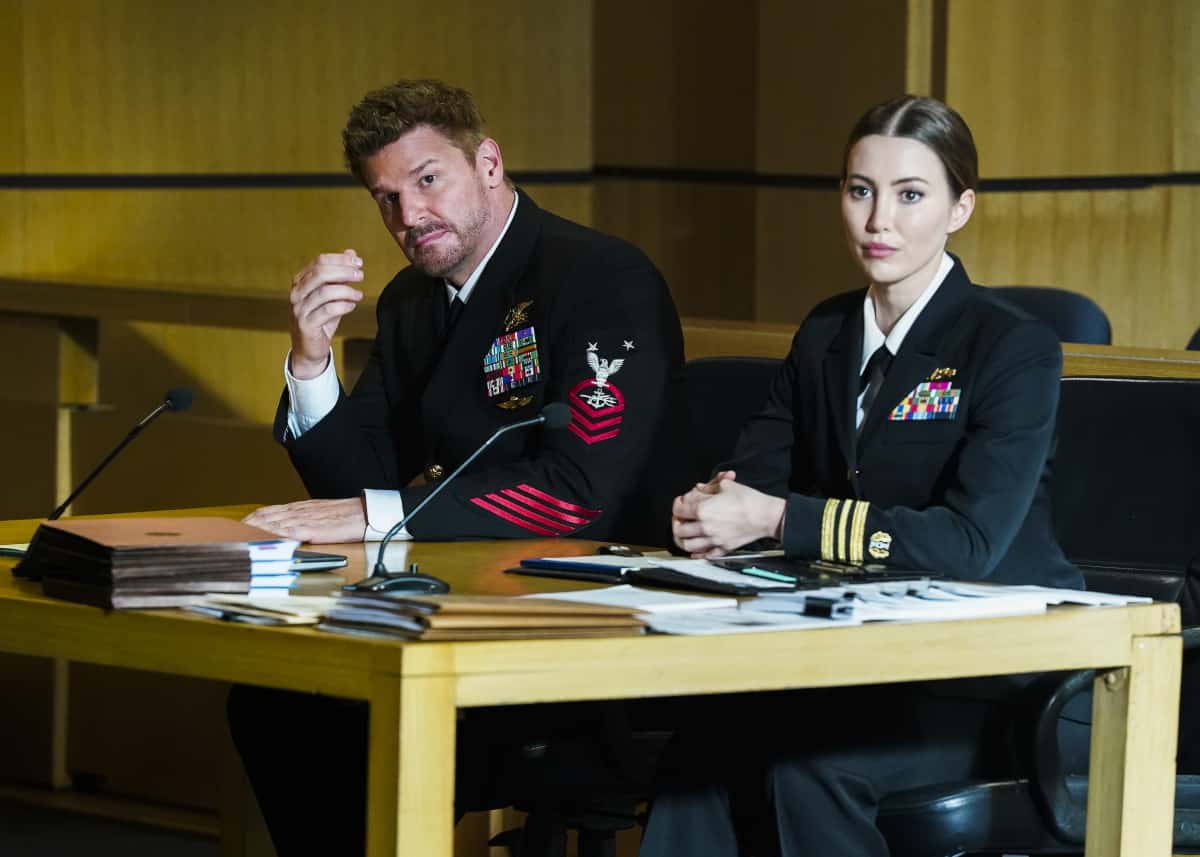 SEAL TEAM Season 4 Episode 11 Photos Limits Of Loyalty – Jason is put on trial with a potential career-ending outcome, without knowing if his closest friend, Ray, has his back. Also, Stella moves in with Clay, and Sonny visits Hannah to help her prepare for the arrival of their baby, on SEAL TEAM, Wednesday, April 7 (9:00-10:00 PM, ET/PT) on the CBS Television Network. s04e11 4×11 4.11 s4e11