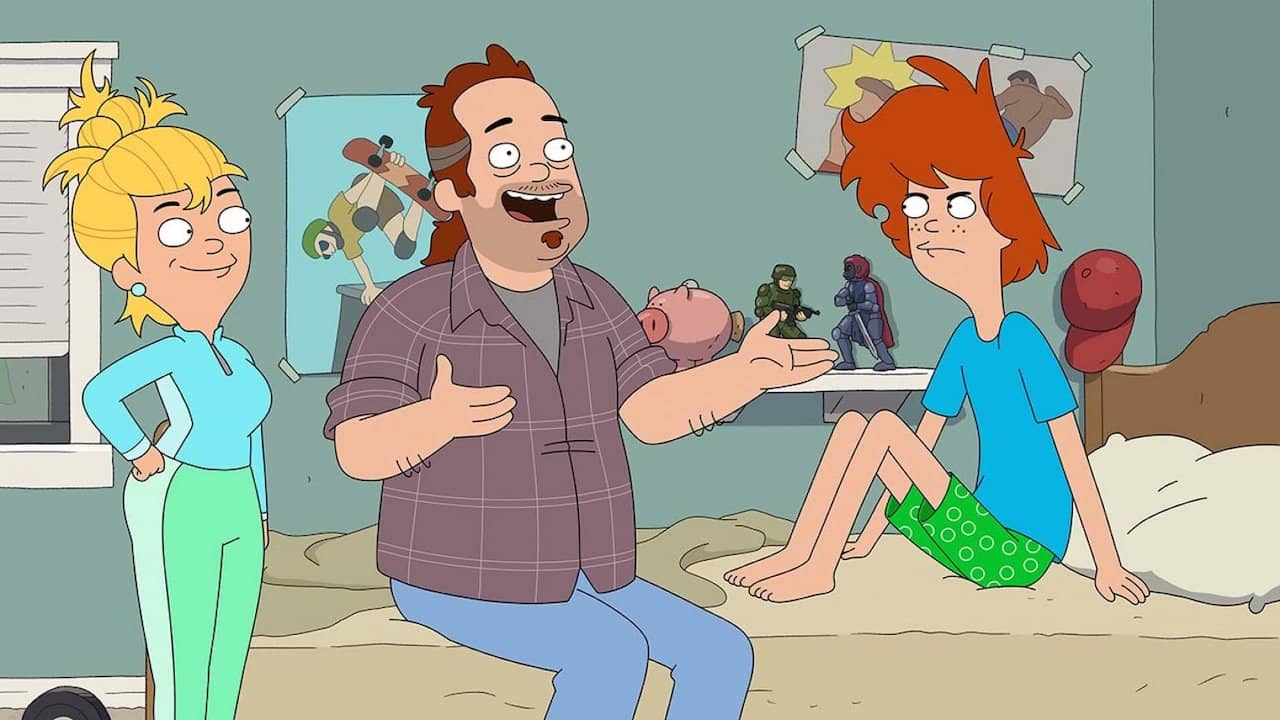 FOX keeps things cooking this summer with four nights of original entertainment programming, announcing summer premiere dates for MENTAL SAMURAI (May 25), CRIME SCENE KITCHEN (May 26), HELL’S KITCHEN: YOUNG GUNS (May 31), LEGO® MASTERS (June 1), MASTERCHEF: LEGENDS (June 2) and BEAT SHAZAM (June 3). The series join the lineup alongside the previously announced series premiere of animated comedy HOUSEBROKEN and the second season time-period premiere of DUNCANVILLE (May 31). DUNCANVILLE will have a special two-episode Season Two premiere on Sunday, May 23. Also, a modern take on the classic drama FANTASY ISLAND will premiere this August. Additional details to be announced.

MENTAL SAMURAI, hosted by Rob Lowe (9-1-1: LONE STAR), will have a special two-hour Season Two premiere on Tuesday, May 25 (8:00-10:00 PM ET/PT), before making its time-period premiere on Tuesday, June 1 (9:00-10:00 PM ET/PT). The series is a combination of game show, sporting event and thrill ride, in which contestants mentally battle each other – and a ticking clock – as they attempt to stay focused and answer a wide variety of fun and interactive

questions of knowledge, memory, puzzles and sequencing. All this while being whipped around the arena strapped into “Ava,” a high-speed capsule and robotic arm capable of twisting and turning a full 360 degrees. A competition series that pushes every aspect of human intelligence and mental agility, MENTAL SAMURAI is the first-ever obstacle course…for the mind. MENTAL SAMURAI is produced by Warner Bros. Unscripted Television in association with Warner Horizon, A. Smith & Co. Productions and Apploff Entertainment. Arthur Smith, Mike Darnell, Jeff Apploff, Brooke Karzen and Noah Bonnett serve as executive producers. Rob Lowe serves as a producer.

As previously announced, CRIME SCENE KITCHEN, an all-new baking competition series with a unique twist, premieres Wednesday, May 26 (9:00-10:00 PM ET/PT). Produced by FOX Alternative Entertainment and Fly on the Wall and hosted by actor and comedian Joel McHale, CRIME SCENE KITCHEN is a culinary guessing game in which bakers are tasked with decoding what type of dessert was made, when all that’s left are the crumbs, flour trails and a few elusive clues. They must then recreate the recipe for celebrity judges, chef Curtis Stone and cake artist Yolanda Gampp, who will determine how closely their sweet treat matches the missing dessert – and how good it tastes!

On Monday, May 31 (8:00-9:00 PM ET/PT), hit culinary competition HELL’S KITCHEN returns for its landmark 20th season, HELL’S KITCHEN: YOUNG GUNS, as Chef Gordon Ramsay is back in Las Vegas, home to five of Ramsay’s restaurants, including the world’s first Gordon Ramsay HELL’S KITCHEN restaurant at Caesars Palace. For the first time ever, 18 aspiring chefs from across the country and all aged 23 years old or younger at the start of the competition will challenge Lady Luck in the hopes of winning big. Each week, the competition will get more intense, as these “Young Guns” are put through rigorous culinary challenges – reaping high stakes rewards and punishments, all with a Sin City flare. But only those who possess the right combination of ingredients will continue in the competition, until one is named winner. At stake is a life-changing grand prize, including a Head Chef position at Gordon Ramsay Steak at Paris Las Vegas and the title of HELL’S KITCHEN winner. HELL’S KITCHEN: YOUNG GUNS is produced by ITV Entertainment in association with A. Smith & Co. Productions. Gordon Ramsay, Arthur Smith, Kent Weed, Kenny Rosen and Bernie Schaeffer serve as executive producers.

Hosted by actor and producer Will Arnett, Season Two of LEGO MASTERS premieres Tuesday, June 1 (8:00-9:00 PM ET/PT), bringing imagination, design and creativity to life when teams of LEGO enthusiasts go head-to-head, with infinite possibilities and an unlimited supply of LEGO bricks. Once again, teams of two will compete against each other in even more ambitious brick-building challenges – including an earthquake tower challenge, a demolition derby, a LEGO fashion show and more – to be crowned the country’s most talented amateur LEGO builders. In each episode, Arnett, alongside expert Brickmasters and LEGO employees Amy Corbett and Jamie Berard, will encourage the builders, introduce incredible challenges and put their creativity and skills to the test. The competing pairs who impress the Brickmasters the most will progress to the next round, until the finale, during which the top teams will face off for a $100,000 cash prize, the ultimate LEGO trophy and the grand title of LEGO MASTERS. Endemol Shine North America, Tuesday’s Child and Plan B Entertainment produce LEGO MASTERS, under license from The LEGO Group. Showrunner Anthony Dominici executive-produces with Arnett; alongside Sharon Levy, DJ Nurre and Michael Heyerman from Endemol Shine North America; Karen Smith and Steph Harris from Tuesday’s Child; Brad Pitt, Dede Gardner, Jeremy Kleiner and Christina Oh from Plan B; and Jill Wilfert and Robert May from The LEGO Group.

MASTERCHEF enters its 11th season on Wednesday, June 2 (8:00-9:00 PM ET/PT) with MASTERCHEF: LEGENDS, featuring award-winning chef Gordon Ramsay, acclaimed chef Aarón Sánchez and renowned restaurateur Joe Bastianich, who have invited the most respected, iconic culinary legends, including Emeril Lagasse, Paula Deen, Roy Choi, Nancy Silverton and Morimoto to raise the “steaks” of the competition for the most intense season in MASTERCHEF history.  For the first time ever, only 15 of the best home cooks in America will receive the coveted white apron and impress four legends with all new challenges, including the toughest yet, a head-to-head battle with MASTERCHEF’s own culinary legend, Gordon Ramsay. Only one home cook will ultimately claim the MASTERCHEF title, the $250,000 grand prize, a complete VIKING kitchen and kitchen tools and bakeware products from OXO. MASTERCHEF: LEGENDS is produced by Endemol Shine North America and One Potato Two Potato, and is based on a format created by Franc Roddam. Elisabeth Murdoch, Natalka Znak, Danny Schrader, Gordon Ramsay, Pat Llewellyn, Ben Adler, Sharon Levy, DJ Nurre, Shyam Balsé serve as executive producers.

BEAT SHAZAM, hosted by award-winning actor, singer and comedian Jamie Foxx, will have its fourth season premiere on Thursday, June 3 (8:00-9:00 PM ET/PT). BEAT SHAZAM is an interactive game show that pits three teams of two against the clock and each other as they attempt to identify the biggest hit songs of all time. In the end, the team with the most money banked will outlast the competition and go against Shazam, the world’s most popular song identification app, for the chance to win $1 million dollars. Foxx is joined by his daughter, actor, producer, activist and CEO Corinne Foxx, who returns as deejay.  Now entering its fourth season, the show has already given away more than nine million dollars. In the upcoming fourth season,

BEAT SHAZAM will feature a special episode, during which contestants can play to win $2 million dollars, as well as a celebrity episode in which talent will play for charity. Viewers also can play along with BEAT SHAZAM’s Webby Award-winning play-at-home game, available exclusively on the Shazam app. During each all-new episode, viewers can compete to win a cash prize and, in a new feature for this season, they will now be able to access select playlists and more from each episode’s featured artists and genres on Apple Music.  BEAT SHAZAM was created by Jeff Apploff and Wes Kauble and is produced by Apploff Entertainment and MGM Television in association with Shazam. Mark Burnett, Apploff, Barry Poznick, Lauren Zalaznick and Jamie Foxx serve as executive producers.

This August, FOX travels to FANTASY ISLAND, with an all-new version of the classic show. From Liz Craft and Sarah Fain (“The 100,” “The Shield,” “Lie to Me”), FANTASY ISLAND takes place at a luxury resort, where literally any fantasy requested by guests is fulfilled, although they rarely turn out as expected. Delving into the “what if” questions — both big and small — that keep us awake at night, each episode will tell emotional, provocative stories about people who arrive with dreams and desires and depart enlightened and transformed through the magical realism of Fantasy Island.  FANTASY ISLAND will be co-produced by Sony Pictures Television, Gemstone Studios and FOX Entertainment.

Catch up on all returning shows with On Demand, FOX NOW and Hulu. Episodes are available to watch On Demand for customers of AT&T TV, Cox, DIRECTV, DISH, Spectrum, Sling TV, Verizon FiOS, XFINITY, YouTube TV and many more. Fans also can stream episodes on FOX NOW and Hulu.

Following their linear telecast, episodes of BEAT SHAZAM, LEGO MASTERS and MENTAL SAMURAI will be available on Tubi, FOX Entertainment’s free streaming platform. Tubi features more than 30,000 movies and television shows from over 250 content partners, including nearly every major studio.