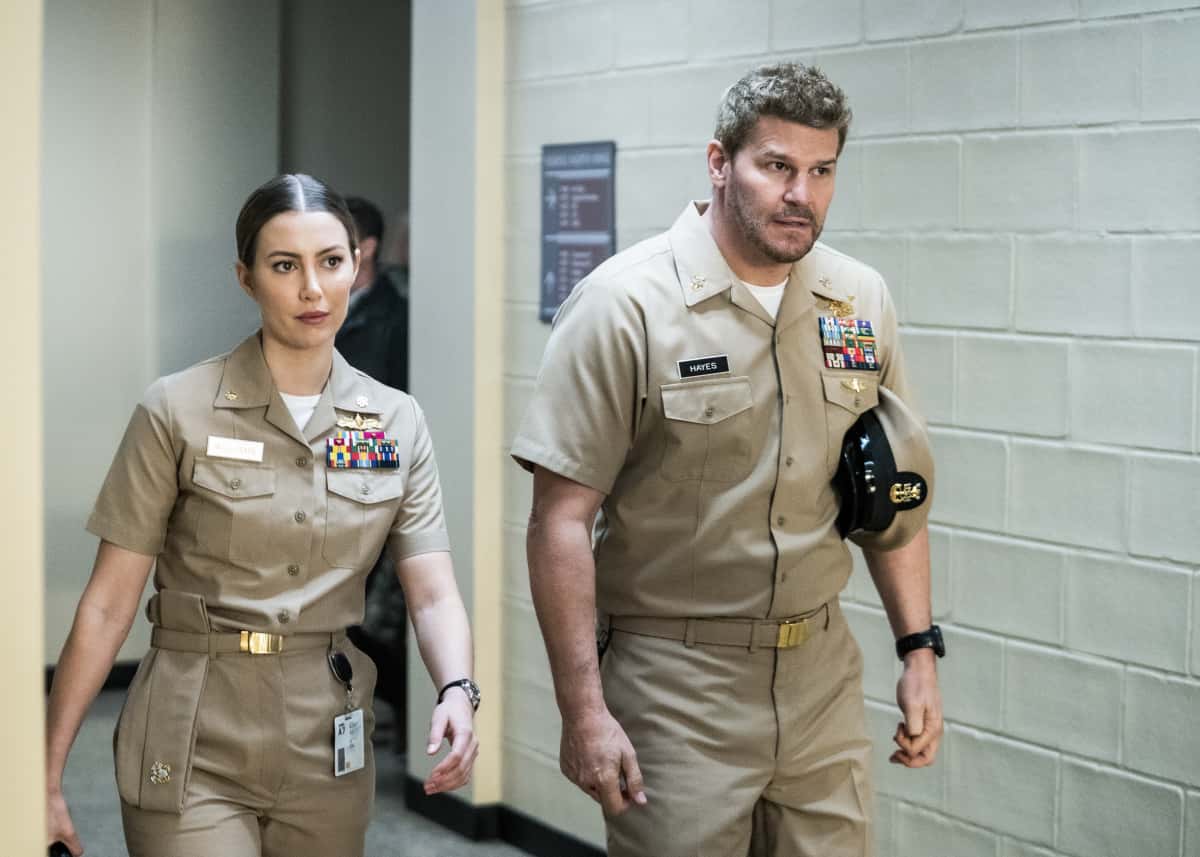 SEAL TEAM Season 4 Episode 10 Photos A Question of Honor – Jason’s career and freedom hang in the balance when Command accuses him of committing a horrific crime during a mission. With Bravo under a no-contact order, Jason must fight this battle without his brothers, on SEAL TEAM, Wednesday, March 24 (9:00-10:00 PM, ET/PT) on the CBS Television Network. Jessica Paré directed the episode and returns as “Mandy Ellis.”