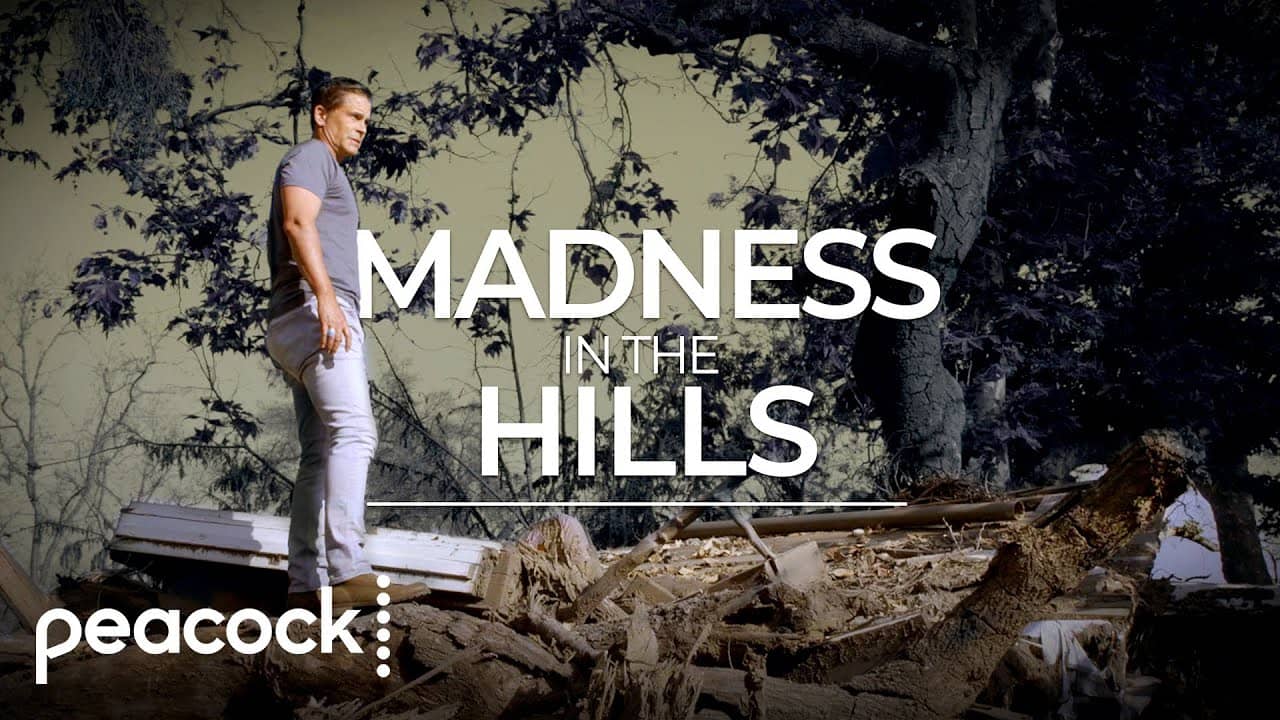 Peacock today announced that new documentary Madness in the Hills is set to premiere exclusively on Peacock this Friday, October 9th. The documentary marks Rob Lowe’s documentary directorial debut, as Lowe offers a gripping, emotional account of the deadly mudslides that devastated his neighborhood in Southern California in 2018.

ABOUT THE DOCUMENTARY:
In Madness in the Hills, Rob Lowe offers a gripping, emotional account of the deadly mudslides that devastated his neighborhood in Southern California on January 9, 2018. Lowe lost friends and neighbors in the disaster that killed 23 people.

To help his community heal, Lowe asks survivors and first responders to share with him their harrowing personal experiences. And to help other communities avoid similar fates, Lowe explores the role of climate change in exacerbating the disaster (see additional context below).

The “madness in the hills,” as Lowe describes it, lurks all around the planet. The film is directed by Rob Lowe and executive produced by Emmy Award-winning filmmaker Rory Karpf and Lowe’s production company, loweProfile. Bloomberg Philanthropies is a proud partner of the project.

“When a disaster of this magnitude struck so close to home, killing friends and neighbors, I wanted the world to know our story. It is one of the unspeakable (and perhaps even preventable) tragedies, yet one that shows resilience and hope”, said Rob Lowe. “And just maybe, we can learn a lesson or two to prevent it from happening again.”

ADDITIONAL CONTEXT:
In December 2017, a massive fire – the Thomas Fire – raged through Ventura and Santa Barbara counties, destroying more than 1,063 buildings over 40 days. The fires scorched the soil, weakening its ability to absorb rainwater.

When a major rainstorm arrived a month later, it triggered the deadly Montecito mudslides that are the subject of this film. Wildfires have been causing increasing devastation across the American West, fueled by hotter, drier weather caused by climate change – and highlighting the urgent need for bold action to reduce the greenhouse gases that are warming our planet. At the same time, it’s important to note other factors, including regulation and oversight of power utilities. Ventura County Fire Department investigators, along with teams from Cal Fire and the US Forest Service, found that the Thomas Fire was started by two power lines that slapped together during high winds – suggesting that the tragedy could have been avoided.

We must ensure that companies that provide us with important services, including energy, maintain up to date infrastructure and monitoring to ensure that the highest safety precautions are in place. The public has a role to play as well, especially homeowners who live in areas prone to fire. That includes using flame-retardant materials and removing leaves and other flammable debris from the possible path of fire.